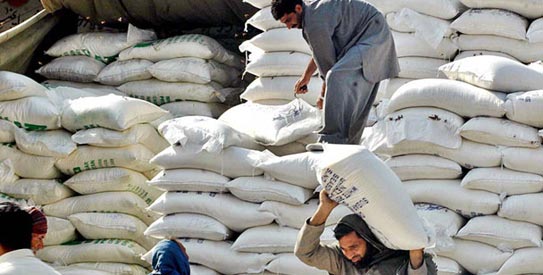 Warning of high prices, importers have urged the government to remove sales tax on sugar so that they can initiate the import process in a timely manner.

Cereal Association of Pakistan Chairman Muzammil Chappal while speaking on the matter recalled that the government had permitted the private sector to import sugar duty free when the commodity’s price had increased.

“The government allowed the private sector to import up to 200,000 tons of duty free sugar,” said Chappal, adding that the Federal Board of Revenue (FBR) had also decided to eliminate sales tax on the purchase of the sweetener from the international market.

The revenue authority had allowed traders to import sugar to fill the shortfall in the domestic market, however, the government had not waived 18pc sales tax, he said.

“Traders are anxious over delay on part of the government on the issue of sales tax exemption,” he said.

“The government has started giving import quotas to businessmen for sugar purchase but if it does not waive sales tax, imported sugar will not make any difference in the local market,” he said.

“This way, government’s efforts aimed at reducing prices in the local market will go in vain.”

He said that when a trader imports sugar, he is liable to pay 1pc sales tax at the port and an additional 17pc tax when the commodity was sold.

The government announced exemption from the duty on sugar import but it did not issue a notification pertaining to sales tax waiver, he regretted.

“The government granted approval to the private sector for sugar import after attempting to import the commodity itself,” said the cereal association chairman.

However, he added, importers were reluctant to accept sugar quotas until the government issued a clear policy with regard to sales tax. He stressed that exemption from 18% sales tax would play a vital role in decreasing sugar prices in the domestic market.

At present, sugar prices in the local market stand at around Rs95 per kg while the international price of sugar translates into around Rs85.

“If sales tax is added, the price will go above Rs100 per kg, thus rendering international sugar uncompetitive in the domestic market,” he said.