US economy is improving, weeks before the election. Will Trump benefit? 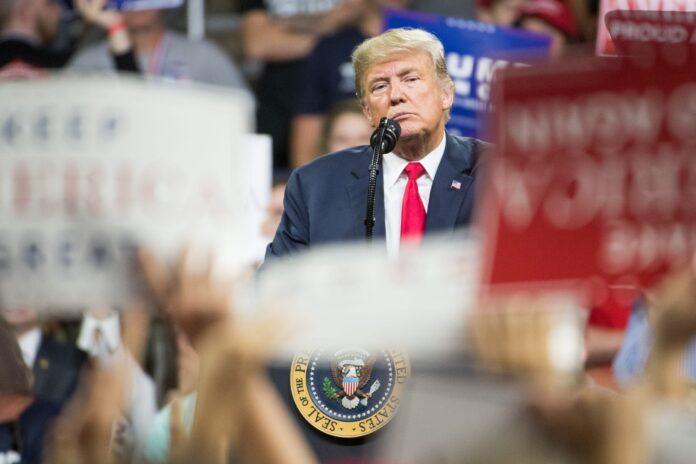 WASHINGTON: The US labour market and broader economy made some gains this week, which history shows should be good news for President Donald Trump’s re-election campaign.

But the gains may be overshadowed by the tens of millions of Americans still out of work because of coronavirus-related shutdowns and growing concerns that there is no new government relief package insight.

Job openings, a measure of labour demand, in July soared to 6.6 million, nearly back to their pre-crisis level, a Labor Department report showed this week.

However, the economy is nowhere near to rounding the corner to recovery. At least 29.6 million people were still receiving unemployment benefits as of Aug. 22, a report on Thursday showed, and the number of new applicants for jobless benefits was stuck at a high level, at 884,000.

Deadlock in Washington over a new fiscal relief bill could mean this is as good as things get for the economy for some time.

On Thursday, the Senate failed to pass a Republican bill that would have provided around $300 billion in new coronavirus relief. Democrats are pushing for a $3 trillion bill.

“Part of the healthy recovery owes to generous fiscal stimulus policies which have started to fade,” Bank of America economists said in a note on Friday. “It has become unlikely that another round of fiscal stimulus will be passed before the election.”

That could weigh on voters if the labour market fails to gain more steam, causing “some problems for the incumbent,” said Michael Arone, chief investment strategist at State Street Global Advisors.

A new $300 weekly benefit for the unemployed, authorized by Trump, could provide some cushion, though the funding only covers six weeks of payouts.

New US cases of Covid-19 have declined since July, but the virus is still circulating at high enough rates that many businesses are only allowed to operate at reduced capacity, and some not at all. That limits potential economic growth for the nation as a whole.

“The better the economy does, and the more hopeful people are that there’s going to be a rebound, it probably works for Trump,” said Steven Englander, a managing director at Standard Chartered Bank. But with government aid waning as Nov. 3 approaches, “that could be pretty bad timing for the president.”