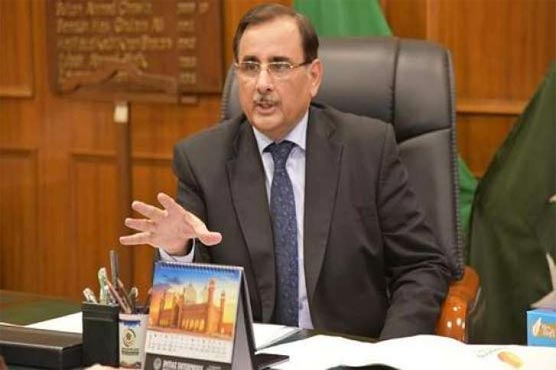 The Federation of Pakistan Chambers of Commerce and Industry (FPCCI), opposing the Economic Coordination Committee’s (ECC) decision of raising power tariff for the export sector by 1.5 cents amidst downfall of 20 per cent exports, has sought regionally competitive energy tariffs for domestic as well as export industries to capture the global market.

FPCCI President Mian Anjum Nisar observed that amid worsening export volumes and halt in domestic industrial growth, the approval of 20 per cent hike in electricity rates to 9 US cents per kWh for the export sector from September 2020 is really surprising and if it is not reversed, it would prove to be dangerous for Pakistan’s industry, discouraging investment both in capacity and capability.

While the domestic industry has already been paying Rs19.82 per unit of electricity, the export-oriented industry has now been forced to pay a cost of Rs15 per unit from September 2020, which is more than the double of the electricity rates in India. This will pull the exporters out of the international market by the regional competitors who are able to avail better prices for energy.

FPCCI President said that though the move will help the government restrict subsidies to Rs20 billion this year yet, it will put an additional burden of nearly Rs18 billion on the industrial sectors.

“It is good that for two months of July and August electricity to the export-oriented sectors would be provided at 7.5 US cents but after that power would be supplied at 9 US cents per kWh for the rest of the financial year 2020-21 at a time when the export volumes have already plummeted by 20 per cent,” he said.

In the first two months of the current fiscal year, July and August, the exports further fell by over 4 per cent.

Earlier in January 2019, the government had announced an all-inclusive tariff of 7.5 US cents per unit for five major export sectors to enhance Pakistan’s export competitiveness but the decision was not implemented in its full spirit.

Mian Anjum Nisar also stressed the need for early approval of new Textile Policy 2020-25 by the ECC, as it would be beneficial for the major export sectors. He said that Prime Minister Imran Khan has already accorded approval to this policy in terms of policy directives on production and diversification of exports. He added that the approval of textile policy is the only way to ensure more investment in this sector as a huge investment is in the pipeline but is awaiting the last accord of textile policy.

He appreciated some of the positive economic indicators of the country, which have started showing recovery despite enormous challenges at external as well as internal fronts due to outbreak of coronavirus and subsequent lockdown.

FPCCI President said that there has been an evident increase in international and domestic confidence. In addition, the Moody’s rating agency also provided Pakistan’s economy with a B3 credit rating which is considered stable. It is a fact that the Covid-19 outbreak and the subsequent lockdown drastically damaged the world economy and Pakistan was no exception which witnessed negative GDP growth. However, due to some better policies adopted by the government, including relief in markup rate, the economic losses were mitigated to some extent, which now need to continue for further benefit, he said.

Pakistan’s exports have been struggling for a long time and to counter that, Mian Anjum Nisair called for continuation and consistency in long-term policies once they are announced, as changes and revisions hurt the industrialists’ plan of production and purchases and booking of orders which is made according to the policy announcement.

Mian Anjum Nisar observed that country has not been able to achieve its maximum export potential and product diversification owing to limited access to raw materials.

He mentioned that the application procedures for temporary import schemes should be simplified so that exporters could be able to achieve price competitiveness and product diversification.

He said that industry was assured that sales tax refunds under the FASTER system will be paid in 72 hours. However, the system has completely failed and billions of rupees of refunds are stuck in the system.