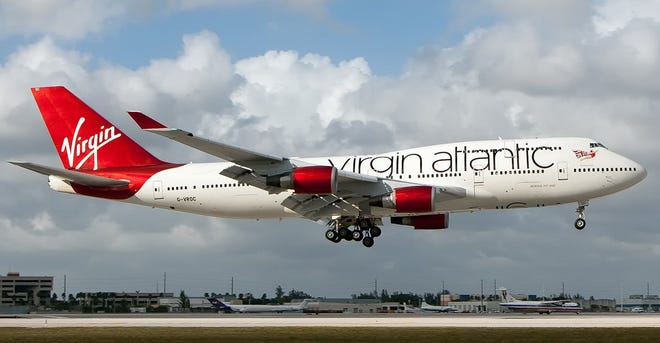 ISLAMABAD: A Crawley-based British airline, Virgin Atlantic has announced the schedule of flights to be operated from Pakistan to the United Kingdom (UK) from December 2020.
Announcing the decision to operate flights for Pakistan, the Commercial Manager of the Virgin Atlantic said that they were excited to start their operation from Pakistan. “We will provide one of the best inflight services to the passengers travelling from Islamabad and Lahore to the British destinations,” he said.

According to details, the airline will have direct flights from Lahore and Islamabad airports to Heathrow Airport in London, besides operating another flight for Manchester from Islamabad.

Four weekly flights will be operated from Islamabad International Airport for Manchester from December 11.

Similarly, four weekly flights from Allama Iqbal International Airport, Lahore will be operated for Heathrow Airport in London from December 14.

It is pertinent to mention here that on August 27, Virgin Atlantic announced to start new routes from December 2020 from London and Manchester to major cities of Pakistan.