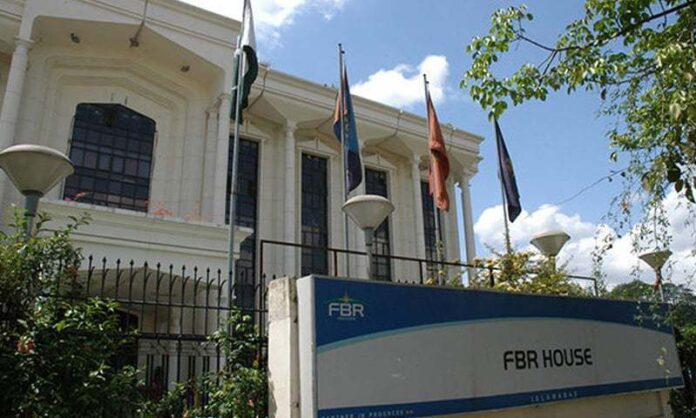 Sarina Isa, the wife of Justice Qazi Faez Isa, has been handed a Rs35 million penalty by the Federal Board of Revenue (FBR), a local news outlet reported on Friday.

Reportedly, a 164-page order was issued on September 14 by Commissioner Inland Revenue and International Taxes Zone Zulfiqar Ahmed, which stated that the judge’s wife had a tax liability off Rs35 million because of her offshore assets.

Sarina condemned the tax department’s move and alleged that the federal government and the FBR official had mala fide intentions, and she would challenge the decision at a higher forum.

In a written statement issued to the media on Friday, she raised doubts over the 164-page order and accused FBR official Zulfiqar Ahmed of creating “artificial tax liability of over Rs35 million” against her. “I do not even know if he wrote the order himself,” she said, vowing to challenge the FBR verdict. Under the Supreme Court June 19 order, Sarina may avail all legal options against the FBR order.

Sarina also rejected the FBR official’s claim that she on June 25 refused delivery of the FBR notice and said on that day her father had passed away. She reiterated her claim that the Pakistan Tehreek-e-Insaf (PTI) government is victimising her husband and his family and the FBR official, Zulfiqar Ahmed, is part of ‘a team’ – headed by Prime Minister Imran Khan – that desperately wants to remove Justice Isa from the scene.

She said that the FBR official while rejecting her comprehensive replies submitted in response to each of his eight notices held her liable to Rs35 million.
“Mr Zulfiqar in his notices referred to documents and information which I repeatedly requested [but] was not provided. This did not prevent him [to use these documents] against me. The voluminous order too does not attach these documents,” she noted.

The judge’s wife said in her reply dated August 28 she had asked the official for a personal hearing. “However, Mr Zulfiqar Ahmed has passed an order against me without once hearing me. He has condemned me unheard.

“[He] does not say whether he decided all cases with hearing the taxpayer or his special treatment is for a taxpayer who happens to be married to a judge Mr Imran Khan’s government is desperate to remove,” she added.

She declared the FBR order “a piece of fiction” which disregarded her agricultural land income, most of her salary as a teacher of the Karachi American School as well as the sale proceeds and profits earned from the sale of her two properties at Karachi’s Clifton area.