With pandemic abating, Naspers backs Bykea in $13mn Series-B round 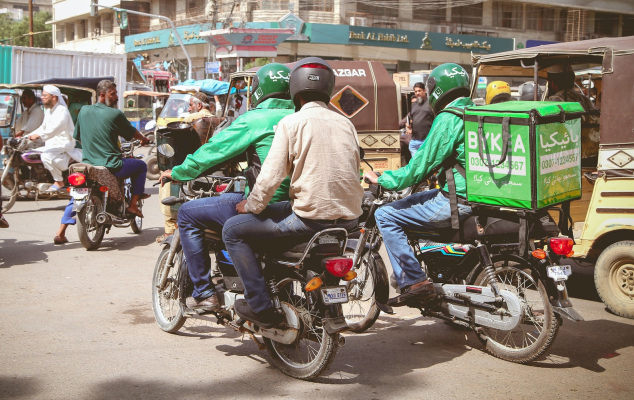 ISLAMABAD: What do you do when you are a startup and you have survived a ruthless pandemic? If you are Bykea, you raise $10 million from one of the world’s largest technology investors: Naspers.

For the stature of Naspers, it does not come in early as an investor. It also does not come in with small investments and it certainly does not come in unless the startup is making multi-million dollars in Gross Merchandise Value (GMV). Had it been a few years ago, Naspers wouldn’t have invested in Pakistan’s startups, for there were none that could meet its high standards.

But today, Bykea met those standards as the transport and logistics platform announced raising $13 million in its Series-B round, out of which $10 million has been put in by South Africa-based Naspers through its Netherlands-based spinoff venture arm Prosus Ventures. (For some context about Naspers’ standards, high-flying logistics startup Airlift also courted Naspers for their Series A1 round, but were unsuccessful).

Bykea’s recent round, which brought the total funds raised by the startup to $22 million, saw participation from existing investors Middle East Venture Partners and Sarmayacar. The funds put in by existing investors as well as the valuation of the company after the round remain undisclosed.

This is not to be confused with Naspers’ investment in OLX or the recent merger with the Emerging Markets Property Group (EMPG). OLX is not an investment in Pakistan specifically, it was an investment in their global business, whereas EMPG is considered to be a transaction in the Middle-East with Pakistan being a part of it.

Bykea founder and CEO Muneeb Maayr told Profit, that despite this being a meagre amount in comparison to global investment and seed funding, the amount raised will have a substantial impact on Bykea considering how the business believes in austerity and is cost-efficient. Keeping in mind that all the money raised will be deployed and will be able to last three years.

As the pioneer and leader in motorbike taxi and on-demand delivery in Pakistan, Bykea plans to invest significantly in its platform strategy, leveraging its peak active driver fleet of over 30,000 riders in 2020 for cross-utilisation in e-commerce logistics, food and payment services in 2021.

The fresh capital will also be used to expand Bykea’s market reach in smaller cities where international players have struggled to grow their English-language platforms in a country where no more than 10% comprehend English.

“Bykea is one of the few internet businesses offering an interface in the Urdu language and we drive our competitive advantage from being highly localised. This approach has helped us become the preferred partner for part-time motorbike gig workers. Our brand is now widely used as a verb for bike taxi and 30-minute deliveries, and the fresh capital allows us to expand our network to solidify our leading position” said Muneeb Maayr.

The three cities Bykea operates in, Karachi, Rawalpindi and Lahore, have a combined population of 30 million people. Public transportation is underserved in all three cities, but these urban centres drive the economy of the fifth most populous country in the world.

Motorbikes are the rails for distributors, couriers, e-commerce retailers and restaurants to move goods and collect receivables, almost entirely in cash in one of the least banked countries in the world. With 17 million two-wheelers in Pakistan; four times the number of cars; Bykea offers millions of people the chance to earn an income by tapping into the tremendous opportunity in the country for both transport and hyper-local commerce.

Muneeb told Profit that Bykea is on its way to becoming the super-app that it intends to be, but reiterated that bike-taxi service will always remain the core of the company.

“Pakistan is primed to experience extremely strong growth in internet services over the next decade, with a rapidly increasing middle class. This growth provides immense opportunity for companies like Bykea that are transforming big societal needs like transportation, logistics and payments through a technology-enabled platform. Bykea has already seen impressive traction in the country and with our investment will be able to execute further on their vision to become Pakistan’s ‘Super-App’,” said Prosus Chief Investment Officer (CIO) Fahad Beg.

Commenting on the investment, Federal Minister for Planning and Development Asad Umar said that the investment is an important development for tech businesses in Pakistan and wished Bykea a successful future, with hopes that more such investments will also follow.

The Bykea deal is momentous for Pakistan’s startup ecosystem. Naspers’ experiment in Pakistan with Bykea would lure in other global technology investors of the same size and stature for instance SoftBank and Sequoia, to come and lead hefty rounds by Pakistani startups. It is also a test for the Bykea team to continue its growth trajectory and maintain the confidence of big investors in the world to invest further in Pakistan, a challenge that Muneeb says he understands and is ready to take on.