The outspoken media futurist spoke at Advertising Week 2020 on the factors, variables, and foundations behind the meteoritic rise of the short-form video-sharing social networking service 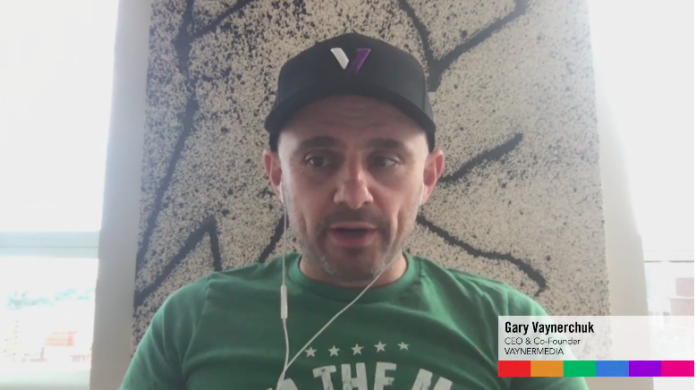 “If you go back to Musical.ly, [they] watermarked their content, exploded on Instagram, and used the watermark to build awareness. [Then], the young teen movement came and then Musical.ly had its moment and then it was acquired [in 2017] and integrated into TikTok and by then the momentum had [led to the platform having] enough young women at the time on the platform.”

Vaynerchuk said that TikTok executed very smart customer acquisition advertising across platforms it, directly and indirectly, competes with. He cited various moments – Ashton Kutcher and CNN on Twitter, DJ Khaled on Snapchat – where platforms saw seemingly overnight success while operating within the fundamentals, as a tipping point adding that platforms with the culture to create more moments and amplify existing ones have won in the long run.

“Once the train was out of the bag, it was over,” he said. “Instagram influencers were going [to TikTok as were YouTube creators] – once the attention congregates, everybody who has ambitions finds their way there and then Covid-19 [happened]. Because [TikTok] was flying the six months before Covid-19 exploded but then Covid-19 created families being together and what ended up happening is that a lot of 16 to 17 year-olds got their parents to check it out.”

Vaynerchuk was evocative of how Twitter was nirvana and the sweetest place he ever saw in his life, adding that all these platforms start off very sweet, creative, and positive. He said that TikTok was fun, easy, and very good with their algorithm & subsequent content. The added benefit for the platform was the shift in the routine where March to May 2020 meant that it was a difficult time for most, where people were closely interacting with their children, and where people found the content on TikTok interesting enough to spend hours scrolling.

“I have seen nothing on the consumer side (downloads, engagement) that has curtailed the momentum, the usage, and most importantly the activity & sheer amount of attention that is on that platform,” he said.

Vaynerchuk added that LinkedIn has been another big winner from a content and media distribution standpoint, saying that the main feed on the professional networking service is as effective for a B2B marketer as the Facebook newsfeed of 2016.

“A lot of us found ourselves on LinkedIn even more because unfortunately people were losing jobs, people were looking for escapism, [and for] leadership advice,” he said. “It was already happening and then the massive amount of more attention just accelerate it and now more people know it’s true [that LinkedIn is worth paying attention to as a B2B marketer].”