Planning ministry reviews arrangements for next JCC meeting on CPEC 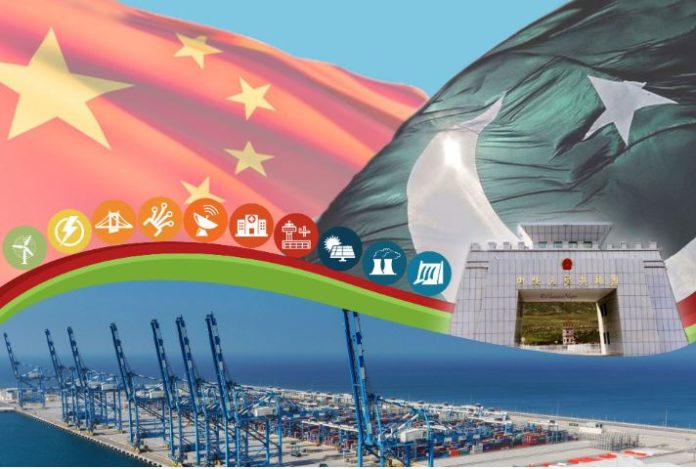 All the conveners of the respective Joint Working Groups (JWGs) under the China-Pakistan Economic Corridor framework, including the secretaries of planning communications and foreign affairs ministries, CPEC Authority chairman, officials from line ministries and representatives from all relevant departments attended the meeting.

Under the JWG on Transport and Infrastructure, Asad Umar agreed to take up D I Khan–Zhob highway project with the Chinese side for funding in the meeting of the respective JWG. The chair also agreed that new projects will be considered in the next JCC after approval of the PC-Is including Swat ExpressWay Phase–II and Peshawar-D I Khan Motorway.

Greater Peshawar Mass Transit was also discussed and it was decided that the project will be taken up with the Chinese side after the completion of feasibility study.

Progress on prioritized CPEC SEZs including Rashakai, Dhabeji, Allama Iqbal Industrial City (M3) was reviewed, while discussions were also held on progress in the industrial cooperation sector under CPEC.

Asad Umar stressed the need to take immediate actions to encourage the Chinese investors to invest in SEZs.

He emphasized to enhance business-to-business linkages between China and Pakistan, facilitate increased investment from Chinese enterprises and enhance industrial competitiveness of business in Pakistan through technology transfer, world class managerial and industrial practices and skills transfer.

The minister directed the Ministry of National Food Security & Research to select need based specific projects for agriculture to take up with Chinese counterparts and FMD free zone for Balochistan should also be the part of upcoming JCC.

Asad Umar would convene follow-up meetings on industrial cooperation, agriculture, Gwadar and socio-economic development sector in the coming week to further refine the deliverables for the 10th JCC.