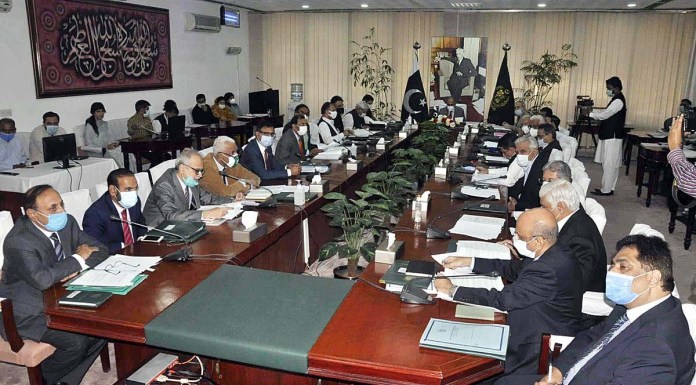 ISLAMABAD: The Cabinet Committee on Institutional Reforms has directed the Establishment Division to seek legal opinions from the Law and Justice Division for ex-post facto approvals to 799 irregular appointments.

The Establishment Division secretary, during a recent meeting, informed the forum that in the light of the apex court’s judgment, a committee was formed to identify irregular appointments in the government.

After scrutiny of the available records, 799 irregular appointments were identified, he added.

The Establishment Division explained that the 500 cases of ASF (except for positions of DG, ASF) were regarding appointments made in BS-17, 18, 19 etc. Under the ASF ACT 1975, appointments of BS-17 and above are to be made with the government’s approval.

“The Aviation Division should get the ASF Act 1975 amended so as to unburden the federal cabinet from making regular appointments in BS-17 and above. However, the position of DG ASF may be kept within the purview of the federal cabinet,” it recommended. “Each division should scrutinize individual cases and move a summary for ex-post facto approval of cases based on the following that the divisions must ensure that there are no procedural lapses and malafide involved in the said appointments.”

If any such issue is present, the division suggested, the concerned division should inquire into the matter and take action as per the law.

“Moreover, the divisions must ensure that there is no inquiry/investigation/reference in any law enforcement agency and anti-graft body like NAB and FIA against any of the said appointments or appointees.

“All division must exercise vigilance so that appointments are made only by the competent authority even in cases of look after charge additional charge, acting charge or current charge.”