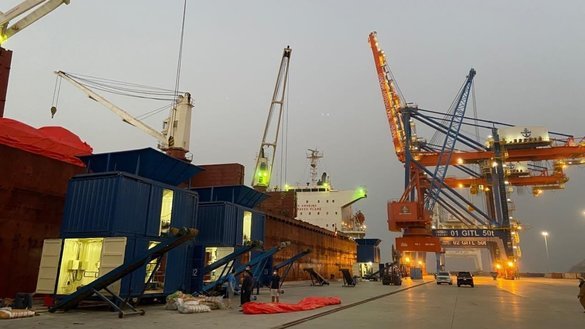 ISLAMABAD: During a meeting of National Assembly’s Standing Committee on Commerce, the officials of the Ministry of Commerce said that one of the discouraging factors in Pakistan-Afghanistan trade is the high terminal charges at ports of the country.

These charges include the fees involved in the handling and storage of goods, they said, adding that some of the reasons behind the high charges are the non-competitive environment, non-utilisation of Gwadar port and lack of regulation of the terminal operators and shipping lines.

They further highlighted operational issued being faced by the ministry, including lack of permits, delays in goods clearance, difficulty in the registration of documents, insufficient space for clearance and handling of goods, etc.

While briefing the 17th meeting of the standing committee, Chairman Syed Naveed Qamar said that the government has prioritized enhancing regional trade and connectivity for the whole region through improvement in the Pakistan-Afghanistan trade.

Dawood said that the government wants to resolve all trade issues with Afghanistan to formalise the bilateral trade between both countries.

The Ministry of Commerce briefed the committee on the revision of Afghan-Pakistan Transit Trade Agreement (APTTA) 2010 during the meeting.

The committee also discussed the institutional arrangements, challenges and issues in transit trade with Afghanistan.

The committee was informed that the Afghanistan Pakistan Transit Trade Coordination Authority (APTTCA) was established to monitor the effective implementation of the agreement.

Qamar stressed that the next agreement must be comprehensive and should better facilitate Pakistani exporters.

The committee expressed its displeasure at the absence of the chairman of the Federal Board of Revenue (FBR) in all three meetings on APTTA.

Earlier, Special Assistant to the Prime Minister on Commerce and Industry Abdul Razak Dawood reaffirmed its commitment to enhancing trade and bilateral economic relations with Afghanistan.