The largest bank by assets in Saudi Arabia is entering Pakistan. This is not the bank’s first brush with Pakistanis 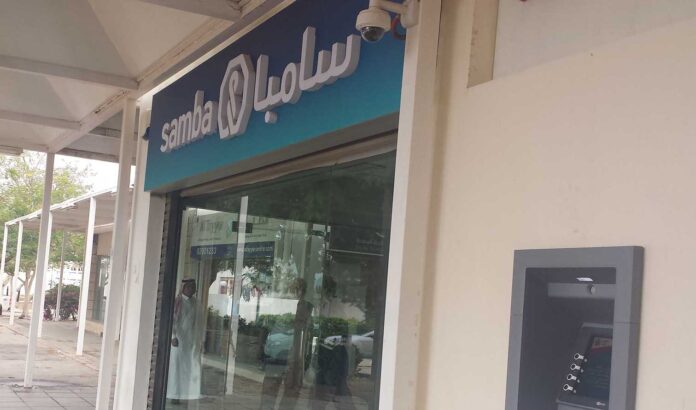 Quite a bit actually. On the first count, the National Commercial Bank (NCB) of Saudi Arabia is buying the Samba Financial Group, in a merger where Samba Financial Groups’ entire assets will go to NCB, and will cease to exist as an entity. This affects Pakistanis because Samba Financial Group has been operating in Pakistan since 2007. That means that NCB, which is Saudi Arabia’s largest bank by assets, is entering the country. This has huge repercussions for Pakistan, in terms of what NCB might envision for its Pakistan operation (and have the capital to back up).

But there is a second, somewhat stranger reason to pay attention to this deal. That is because the NCB is not just any bank. It has an extremely colourful and controversial former chairman of the bank, Khalid Bin Mahfouz, a Saudi billionaire who always seemed to be present at the wrong place at the wrong time. For instance, he was one of the initial investors in BCCI (yes, that BCCI of Agha Hasan Abedi fame). Then, in the 2000s, he was accused of being connected to Bin Laden and the 9/11 tragedy. In fact, he was accused of doing money laundering for the terrorist group Al Qaeda.

Pakistani banks can have some extremely bizarre backstories and fall outs (see: BCCI), but they are no match in comparison to NCB’s history and founder’s life choices. Safe to say, this is not your average bank that is about to enter Pakistan.

Of the two banks, NCB is the significantly older of the two. It was the first Saudi bank to ever be licensed in 1953, which is a very big deal, since at the time, there were only two banks in the kingdom, and both were foreign. It was founded by Sheikh Salem Ahmed bin Mahfouz, whis is Khalid Bin Mahfouz’s father (more on that later).

The bank was constituted as a general partnership from its founding in 1953 until 1997, when it was reconstituted as a joint stock company. In 1999, the government of Saudi Arabia acquired a majority holding in the bank. Then, in 2014, the bank went public on the Saudi Stock Exchange.

Interestingly, Samba has a connection with Pakistan even before it existed in the country: the former Prime Minister of Pakistan, Shaukat Aziz, was the managing director of the bank in the 1990s.

In 2007, Samba Financial Group acquired 68% of Crescent Commercial Bank Limited (CCBL) in Pakistan, a bank that had been established not much earlier in 2002 (formerly known as Mashreq Bank Pakistan). The bank has 40 branches in 12 cities across Pakistan, as of 2019.

The kingdom’s sovereign wealth fund, also known as the Public Investment Fund, is the largest shareholder in both NCB and Samba, owning about 44% of NCB and 23% of Samba.

The offer from NCB to Samba had previously been announced in June 2020, but the actual agreements of the offer were finally ironed out and confirmed on October 11. NCB agreed to buy  Samba Financial Group for $15 billion.  NCB will pay 28.45 riyals ($7.58) for each Samba share, valuing it at around 55.7 billion riyals. NCB’s existing shareholders will own 67.4% and Samba’s shareholders will own 32.6% of the new bank. The current chairman of Samba, Ammar AlKhudairy, will become the merged bank’s new chairman, while the current chairman of NCB, Saeed Al Ghamdi, will become the CEO.

Plus, the kingdom of Saudi Arabia would significantly benefit. The sovereign wealth fund, (Public Investment Fund) would end up with the largest stake in the new bank, at 37.2%.

The merge is part of a wider trend: there has been a spate of recent consolidation in the Middle East, mostly to improve competitiveness amidst an economic slowdown and lower GDP growth. Saudi Arabia’s central bank also announced a $27 billion stimulus package in recent months to support banks, due to the Covid- 19 pandemic.

But reports have also suggested that Saudi Arabia is keen on having bigger banks because it ties into that country’s overall theme of diversifying away from oil and energy sources of revenue. Creating a brand new economy not reliant on oil will mean a lot more financing for new projects, which is why it is helpful to have large banks.

Samba Bank Pakistan, for its part, did not say anything to the PSX until the agreement was official. In its notice, the bank said that the merger is to be completed during the first half of 2021. Both NCB and Samba Financial Group have said that redundancies are not to be expected.

And in any case, the future of NCB in Pakistan cannot be half as ridiculous as its past; or more specifically, its famous former chairman’s past.

Let us start right at the beginning. According to a New York Times obituary, Khalid bin Mahfouz is the son of Salem Ahmed Bin Mahfouz, who was Yemeni, but moved to what is now Saudi Arabia in 1912. He was illiterate, but still made a decent living for himself by exchanging currency for pilgrims to Mecca. He then became a partner in a currency business, and decided on setting up the next logical financial institution: a bank.

There was only one problem. Banks at the time were illegal in Saudi Arabia because interest was seen as unIslamic (Pakistan, and other Muslim-majority nations at the time, apprently did not have this problem at all). But Mahfouz basically demanded an audience with the royal family, and convinced them of the need for a bank, which ended up being the NCB. The NCB was very lucky: it was sort of boosted along by Mahfouz’s own royal connections, becoming their ‘personal’ bank (even if they thought it was unIslamic). Then in the 1970s, oil revenues went through the roof, and all so Saudi banks suddenly had way more assets.

Mahfouz died a successful and happy man, handing over his large bank to his son, Khalid bin Mahfouz.

And that is when things started to take a turn for the worse. Khalid bin Mahfouz just did not have his father’s business acumen. The warning signs were present early on.  Even before taking over the bank, in1977, Khalid had been persuaded by two Texan billionaires to get involved in an unsuccessful scheme to corner the silver market. He ended up losing a fair bit of money, along with other Saudi nationals.

Not that it mattered. Despite his father making him take his first job as a cashier at NCB, Khalid bin Mahfouz liked the nice life. He would zip around Texas in his helicopter, and buy ranches and chateaus in the lone star state. He might even have become a random Saudi recluse in Texas, if it was not for his shenanigans at NCB.

At NCB, Khalid’s biggest, most fatal flaw was taking a bet on Bank of Credit and Commerce International (BCCI). In his defense, it must have seemed like a good deal in the 1980s: the highly successful Agha Hasan Abedi had started the bank in 1972, and at the bank’s height, it had over 400 branches in 78 countries, and assets exceeding $20 billion.

Khalid decided to bet big, and ended up buying a 30% share of BCCI (a full 30% No, Khalid!), and was even director of the bank. Tough luck, because in 1986, investigators began to examine BCCI’s role in money laundering and loan doctoring. BCCI was making massive losses, though no one knew it yet (and especially not Khalid).

This series of events culminated in 1991, when regulators around shutting down most of the bank’s operations around the world. Most Pakistanis were (understandably) fixated on the very Pakistani nature of the drama (it’s a conspiracy! Abedi must have been framed by the goras!). Indeed, the Pakistan government refused to extradite Abedi, who died in 1995.

But in the meantime, Khalid was getting into a lot of trouble. Even the royal family could not protect him from the New York state regulators, which said that he had breached regulation. Khalid had to pay $225 million in lieu of fines to get the charges against him dropped. Khalid was also involved in a separate $253 million deal to settle claims with BCCI’s creditors.

Khalid left NCB, with both his, and his bank’s reputation in tatters. His brother hired citibankers to fix NCB up. But since when was Khalid content to just let things be and not ruin them with his lack of business sense? And that is how he returned to NCB in 1996, which was doing ok, and then saw a rapid rise in non-performing loans including some to Khalid himself. Khalid was finally removed from the position in 1999, only when the Sauid Arabian government literally had to nationalize NCB to do so.

You would think Khalid would have some sense to maybe, oh I don’t know, stay away from money. Alas. Khalid had set up a charity in the early 1990s, called Muwaffaq. Most of the time, the charity was used to help schools and health clinics in Somalia, Bosnia and yes, Pakistan. It was accused of financing terrorits in the mid-1990s (which prompted Saudi Arabia to somewhat close it), and then again in the early 2000s. The 2000s in particular was tough for Saudis, simply because of the extra scrutiny on Saudi charities and finance due to the heightened global attention on the country and the ‘War on Terror’.

Khaid went around suing anyone who dared say that he helped finance terrorists, mostly through the UK’s strict libel laws. Most of the time, he won; just once an author pushed back, and Khalid got a court to make her destroy all copies of her book and pay him $230,000.

He was also accused of being the brother-in-law of Osama bin Laden, which turned out not to be true. However, what is true, is that he knew his Bin Laden’s older brother, and he paid $270,000 to Bin Laden, back in the ‘mujahideen are on our side’ phase of the fight against the Soviets in Afghanistan.

And yet, unbelievably, Khalid always seemed to dodge getting into real trouble. He died in 2009, still the 24th richest Arab, and no. 214 in the 2008 Forbes list of billionaires.