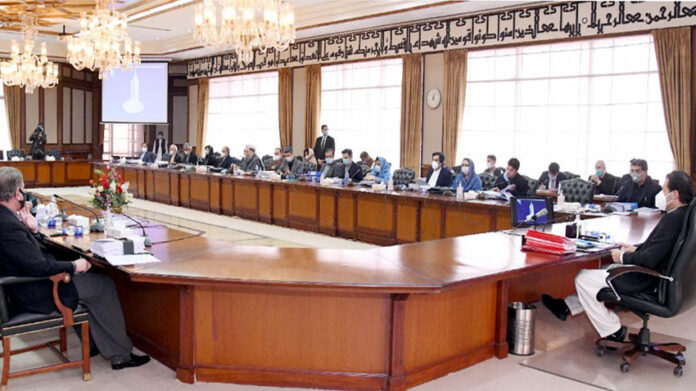 According to the package, Rs1,000 per 50kg bag will be given as subsidy on fertilizers. The federal and provincial governments will share the subsidy at a 70:30 ratio.

On weedicides and fungicides, the federal government will provide per-acre subsidy at Rs250 and Rs150, respectively. The provinces will distribute the subsidy as per the existing procedures but will be responsible for ensuring transparency.

Meanwhile, the cabinet approved granting legal powers to district and session judges in 19 districts of the country to check smuggling. It also granted approval to the procedure for appointment of chief executives in all government departments and companies.

The PM on the occasion directed the officials concerned to ensure a transparent and merit-based procedure for these appointments.

Moreover, the cabinet was informed that there was no shortage of wheat and sugar in the country and that there would be no increase in their prices.

The PM told the cabinet members that a mechanism has been formulated to resolve problems being faced by the MNAs in their respective constituencies. He said action will be taken against district administration and officers for failing in timely redressal of a complaint.