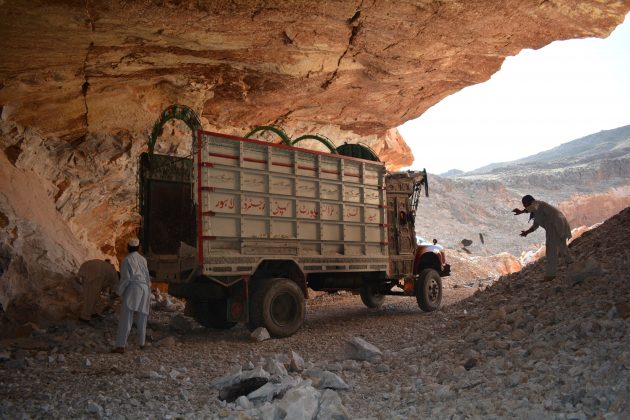 PESHAWAR: The Khyber Pakhtunkhwa (KP) Minerals Department has collected Rs1.10 billion in Q1FY21 as compared to the previous year’s annual revenue of Rs3.38 bn whereas Rs34 million of this amount was collected in terms of excise duty.
According to the department’s performance report for the first quarter of the current financial year, the department collected Rs34 million in excise duty against Rs131 million in the corresponding period of last year.
He added that the department has earned Rs3.38bn which is 55 per cent more than what was earned in 2019 and 19pc more than what was made in 2018.
Briefing the media here on Tuesday, Advisor to the Chief Minister on Minerals Arif Ahmadzai said that revenue increased while more employment opportunities were created as the provincial government had issued more than 1,500 mineral leases and licenses for the exploitation of minerals across the province for the first time.
Ahmadzai said that a joint venture for mining and exploration of minerals has been introduced to promote investment while
He said that Excise Duty on Minerals Act 2020 has been approved by the Cabinet whereas
the ban on the use of explosives in extracts minerals will protect valuable marble and granite reserves, adding that the Excise Duty on Minerals Act 2020 has been sent to the Provincial Assembly.
He also informed that FIRs have been registered against 1,729 illegal miners under the Mines Monitoring Project while disciplinary action has been initiated against 33 officers of the department in the last two years.
He also outlined a number of welfare efforts carried out by the department for miners and their families.
The adviser further said that an inquiry has been launched into alleged financial corruption by employees to bring transparency in the KP Minerals Department.
Facebook
Twitter
Linkedin
WhatsApp
Email
Previous articlePanther Tyres applies for listing at PSX
Next articleEU Commission chief sees “genuine progress” in Brexit talks, no-deal outcome still possible