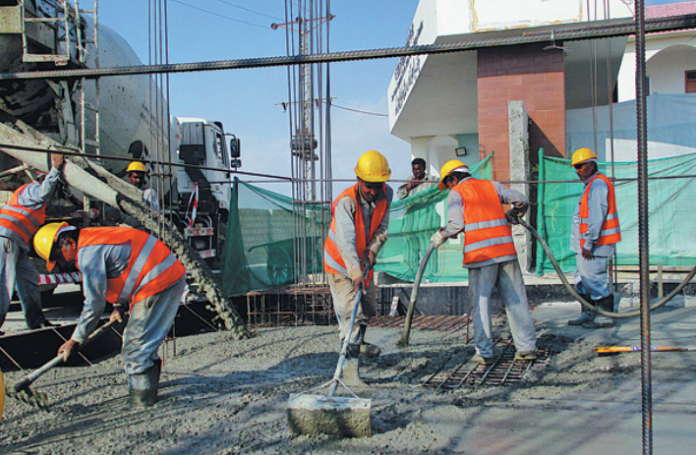 LAHORE: Provincial Minister for Industries and Trade Mian Aslam Iqbal, while chairing a departmental meeting on Tuesday, said that a special economic zone (SEZ) and an expo centre will be established in Gujranwala.

As per details, the meeting discussed development issues of Gujranwala’s industrial estates as well as problems faced by the city’s industrialists. Gujranwala Chamber of Commerce and Industry President Omar Ashraf, former presidents Zahoor Malik and Akhlaq Butt, and Punjab (industry and commerce) additional secretary were also present on the occasion.

“Industrial estates will be set up at appropriate places along Lahore-Sialkot Motorway and Lahore-Multan Motorway. I will visit Gujranwala next week to announce a package for industries,” he stated.

The GCCI president on the occasion thanked the the government for providing relief to industrialists during the Covid-19 outbreak and hoped that all industry-related issues of Gujranwala would be resolved soon.

Separately, a delegation of Pakistan Coating Association, led by its chairman Moazzam Rashid, called on Mian Aslam Iqbal on Tuesday. The delegation, while apprising the minister of problems faced by the coating industry, demanded immediate redressal of issues pertaining to sales tax refund claims.

Aslam Iqbal said that it was the responsibility of the government to solve the problems of the industrialists and provide them facilities, adding that he would contact the Federal Board of Revenue for early resolution of sales tax refund issues.

“The Punjab government will extend all possible support to promote the coating industry and realise its export potential; non-skilled workers in the industry will be trained in consultation with stakeholders.”

“Punjab has an investor friendly environment and our group needs support to set up a cement plant here,” the CEO said.

The provincial minister explained to the delegation that the matter has been referred to the law department for legal opinion and progress in this regard can be made only after a response from them.

“The Punjab government is ensuring the provision of all possible facilities to investors. NOCs have been issued to five companies for setting up new cement plants in the province and another five NOCs will be issued soon. The government has given a historic incentive package for the construction sector, which will also boost 40 other industries related to the construction sector,” he said.