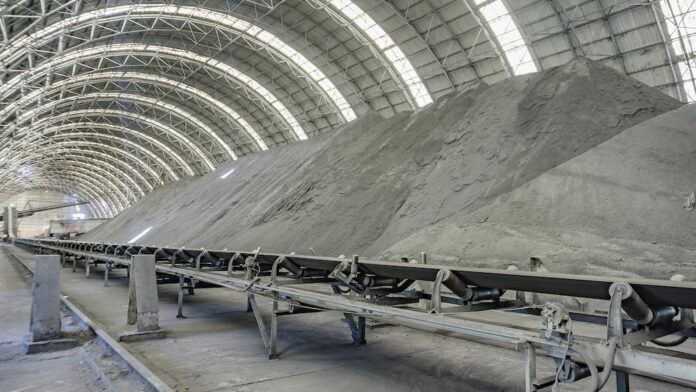 PESHAWAR: Hurdles in Pak-Afghan trade are the biggest reason behind Iran gaining control of 50 per cent of the cement market in Afghanistan, Profit learnt on Saturday.
Sarhad Chamber of Commerce and Industry (SCCI) former senior vice president
Shahid Hussain while speaking to this scribe confirmed that although there were
several major reasons for Iran’s control of over the Afghan cement market, the biggest of was issues at the Pak-Afghan border.
According to Hussain, the decline in Pakistan’s cement exports to Afghanistan and the occupation of Iranian cement on the market due to delayed clearance of vehicles on the Pak-Afghan border has increased the transport cost of clearing a trailer going from Pakistan to Afghanistan.
He said that it takes up to 30 days to clear a cement laden vehicle in Afghanistan which has increased the cost of transportation.
According to the former SCCI official, cement exported from Pakistan to Afghanistan costs $35 dollar per tonne, while Iranian cement is being sold over there at $20-$25 per tonne.
“Factory rate for exported cement in Pakistan is $29 per tonne. Pakistani cement would be available in the market within a month as compared to Iranian cement if the number of vehicles being cleared at the Pak-Afghan border is increased and traders are given facilities,” he added.

Haq said that before the merger, a political agent had the power to resolve problems in the Afghan trade through the Torkham border. However, after the merger, the power was given to the district police officer (DPO) instead of the deputy commissioner (DC) and now police have set up checkpoints at various places where they take bribes from commercial vehicles, due to which it takes several weeks to cross Khyber district.
Haq, however, added that problems exist on both sides. “Vehicles are not cleared on time on both sides due to which lack of transport and transportation costs have increased by 200pc,” he said, adding that the cost of a 40-foot container from Karachi to Jalalabad was up to Rs0.2 million on normal days but had reached 0.7 million due to a shortage of vehicles.

At present, the number of empty cement vehicles on the Afghan side has reached 3,000. Since cement from other countries is also available in large quantities in the Afghan market due to ease of transport, Afghanistan does not need Pakistani cement.

Furthermore, Shahid Hussain said that at present 156,000 tonnes of cement is being exported to Afghanistan every month but the delay in the construction of an NLC port at Torkham and Ghulam Khan borders in addition to security risks are harming Pakistani exports.
It may be mentioned here that due to increasing cement exports of Iran and India to Afghanistan, the cement market of Pakistan and Afghanistan is 443,000 tonnes, which was 726,000 tonnes during the same period last year, and 2 million tonnes during July-March this financial year; exports were 2.7 million tonnes during the same period in the last discal year.
Iran and India continue to export cement to Afghanistan on a large scale while illegal import of cement from Iran to Pakistan is also affecting Pakistan’s cement export to Afghanistan.
Moreover, there are 25 factories operating in the cement sector in Pakistan. Of these 12 are located in Punjab while there are seven in KP, four in Sindh and two in Balochistan.
Cement factories in Pakistan are divided into northern and southern zones. The northern zone consists of Punjab and KP and the southern zone of Sindh and Balochistan.
Factories in the northern zone mostly meet local demand for cement and export cement to nearby Afghanistan whereas most of Pakistan’s cement exports come from factories operating in the southern zone.
Facebook
Twitter
Linkedin
WhatsApp
Email
Previous articleProfit E-Magazine Issue 118
Next articleFPCCI stresses acceleration of exports, remittances as trade deficit widens