Govt plans to save over Rs500bn through targeted subsidies 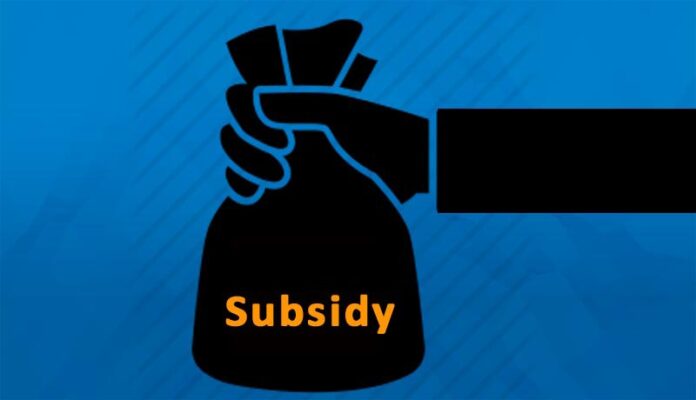 ISLAMABAD: The government’s ‘subsidies cell’, under the supervision of Special Assistant to Prime Minister on Revenue Waqar Masood, has estimated to save around 500 billion under its targeted subsidies action plan, sources revealed on Thursday.

Sources said that the cell has undertaken extensive exercise to assess the financial burden of subsidies on the national exchequer.

Sources said that the federal government will save around Rs75 billion under targeted subsidy for industry. Similarly, the Ministry of National Food Security & Research will be able to save Rs50 billion while settling the reform commodity debt.

In addition, the power ministry will save Rs200 billion while adopting national average electricity tariff by consolidating the accounts of DISCOs.

Besides, the Power Division will also save Rs18 billion by implementing the electricity pricing agreement reached with Azad Jammu Kashmir through NEPRA.

A sum of Rs12 billion will be saved by improving the recovery ratio in merged districts of Khyber Pakhtunkhwa.

Sources said that the government was also working on a number of action plans, including subsidy on electricity to low income consumers through Ehsaas. IESCO and Ehsaas Division would start a pilot project in Islamabad wherein the data of electricity consumers would be matched with IESCO record, after which the subsidy amount would be cleared.

This action plan would be implemented till December 2021, sources said.

It is pertinent to mention that the federal government is providing subsidies of around Rs2 trillion annually, which constitute 4.5pc of GDP and 58pc of current budget (excluding payments).