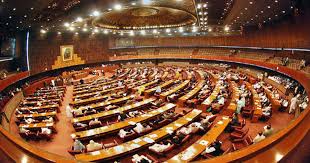 Speaking in the Senate, which resumed its session with Chairman Sadiq Sanjrani in the chair, Qureshi said, “We have to give a clear and strong message to our Kashmiri brethren and the international community that Pakistan will stand by the people of Kashmir till resolution of Kashmir dispute in light of the UN resolutions.”

The foreign minister said that India has deployed 900,000 troops to subjugate the voice of the people of Kashmir, but it will not succeed in breaking Kashmiris’ resolve and determination. He said that today the entire Kashmiri nation has become sick of New Delhi’s Hindutva policies. He said every citizen of Pakistan is an advocate of Kashmiris’ freedom struggle and he will continue this mission till resolution of the Kashmir issue.

Qureshi expressed hope that US President-elect Joe Biden will raise his voice against the human rights violation in Indian Occupied Kashmir (IOK) when he comes into power. “Joe Biden is well-aware of the region and can help resolve the Kashmir issue,” he said while addressing the Senate.

The foreign minister further stated that despite differences between the political parties, Pakistan was unanimous in its call for the rights of Kashmiris. “We want to send a message to the world that Pakistan will not let the Kashmiris be oppressed,” he said, adding that despite India’s use of force, Kashmiris continue to raise their voices.

He apprised the upper house that Pakistan has raised the issue of Kashmiri human rights activist and political leader Asiya Andrabi’s husband’s arrest with the United Nations.

Taking a jibe at the opposition, the foreign minister stated that the previous governments did not pursue the Kashmir issue like they should have. Qureshi questioned why the previous governments did not raise the issue of Kashmir. “Have the Pakistan People’s Party (PPP) and Pakistan Muslim League-Nawaz (PML-N) not had the chance to rule the country in 72 years?” he asked.

Referring to JUI-F chief Maulana Fazlur Rehman, the foreign minister said that no other parliamentarian has been given the opportunity to advocate for Kashmir as long as Fazl has. “Maybe Maulana Fazlur Rehman was unable to pay heed to the issue as he should have,” Qureshi added. The foreign minister said that the opposition could use his offices to raise their voice for Kashmiris.

Minister of State for Parliamentary Affairs Ali Muhammad Khan said that freedom is the basic right of the oppressed Kashmiri people and sacrifices of thousands of Kashmiri people will soon bear fruit. Participating in the discussion, he said that Pakistan will continue its diplomatic support for their cause and raise the matter on all relevant forums.

He said, “It is our collective responsibility to acknowledge support to the Kashmiris people.” He demanded the implementation of the United Nations resolutions on the Kashmir dispute.

The opposition leader Raja Zafarul Haq moved the resolution which demanded an immediate release of Kashmiri activist and political leader, Asiya Andrabi, who is incarcerated in Tihar Jail in India. Those who participated in the discussion include Haq, Sherry Rehman, Musaddik Malik, Ayesha Raza Farooq and Mian Attique Sheikh.

The house was later adjourned to meet again at 10:30 am on Friday.