Provincial subjects and their discontents

For all of the good it has done, the 18th amendment has not been properly utilized and implemented by the provinces, particularly in the case of taxation and labour welfare 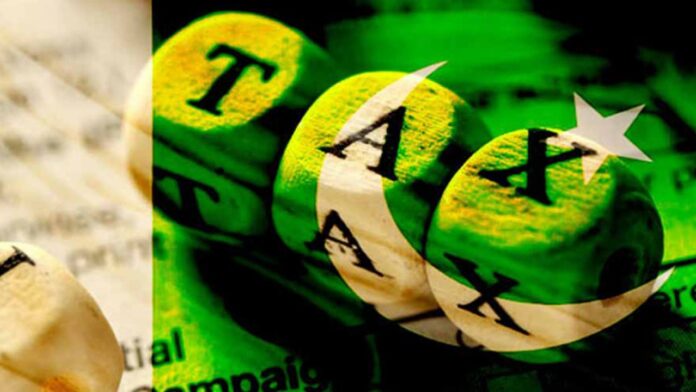 With the passing of the Eighteenth Amendment, the responsibility for the imposition of sales tax on services was handed over to the provinces. Similarly, labor welfare, previously a concurrent matter, also became part of the provincial domain. The results of this devolution have, however, not been free from discontents.

Unsurprisingly, the domain of taxation has seen prompt legislation and the establishment of administrative infrastructure by the provinces. Unfortunately labor welfare has witnessed lethargy, and what was a transitional arrangement still remains intact. The government’s action in one case, and its inaction in the other has created legal complications for businesses.

The Eighteenth Amendment carved out the provincial right to tax the provision of services from the federal domain, and also remained silent on its allocation amongst the provinces. This causes two problems, the first of which is that certain subjects may be considered both a good and a service.

There is no clear distinction which leaves this a spectrum with grey areas. Take, for instance, a standard, mass-produced, software that a person buys on a compact disk. Is it categorised as a good? Arguably so. Now take the compact disk out of the equation, and instead imagine simply downloading the software. Does it remain a good? Not so much. Now imagine a software customized to your needs. Is it a good? Most likely not. Similar arguments can be made for toll manufacturing.

The second problem arises in cases where a service originates from one province and terminates in another, which province has the right to tax it? Under the current constitutional scheme, each province exercises legal and executive autonomy on matters not expressly covered under the Federal Legislative List within its territorial jurisdiction. Naturally, there is a structural overlap in this scheme, as a service may originate in one province and terminate in another, meaning that two provinces lay claim on the tax chargeable on the same service.

Two situations emerge from this, the first of which is that the taxpayer is subjected to double taxation by each government, or the governments agree upon a mechanism to split revenues amongst themselves. For this purpose, the provinces and the federation have attempted to harmonize their respective sales tax regimes under the garb of the ‘National Tax Council,’ but seemingly little headway has been made as of yet. The point being made here is not what is right or wrong, rather it is important to underscore that each government has legitimate claims that overlap with each other.

In this period, businesses receiving tax notices from various governments for the same subject matter have approached the courts and obtained stay orders against tax recoveries. Their arguments have ranged from direct challenges to double taxation to larger constitutional arguments about constitutional demarcations including limitations in provincial powers while regulating or taxing trans-provincial entities. In most cases, courts have restrained recoveries in the interim stage and permitted governments some time to resolve these matters. An indirect consequence of this has been the political and legal undermining of the Eighteenth Amendment.

Prior to the Eighteenth Amendment, labour laws including labour welfare contributions to the Workers Welfare Fund, the Companies Profits (Workers Participation) Fund, Social Security Institution and the Employees Old Age Benefits Institutions fell within the concurrent jurisdiction of the federation and the provinces. However, the legislation and infrastructure holding the field was primarily federal.

After the passing of the Eighteenth Amendment, the provinces, with the exception of Sindh, have been slow to act and have either not yet enacted the necessary laws or have not set up the infrastructure required to take over such matters. As a consequence of this inaction, and despite the lapse of almost a decade, the federal infrastructure given protection as a transitional measure still holds the field.

Essentially, to ensure smooth transition, the amendment protected all existing laws on matters being devolved and also provided that the devolution process must be completed by 30 June 2011 by an Implementation Commission to be constituted by the Federal Government. Meanwhile, although the laws became provincial in nature, the federation’s executive authority continued.

The legal complication resulting from this inaction is that the laws were crystalized in time and could only be amended by the appropriate legislature while the federal infrastructure continued in place. Over time, the federal government has enhanced its rates of contribution and demanded the same from businesses arguably falling within the provincial domain.

Aggrieved businesses have approached courts challenging this primarily on two grounds. One stream of challenges is based on the idea that after the cut-off date for completing devolution i.e. 30 June 2011, the federation’s executive authority in respect of the law as applicable to the provinces stands extinguished. The other kind of challenges claims that although the federation’s executive authority subsists until appropriate legislation is made by the provinces despite the cut-off date having passed, the rate of contributions chargeable cannot be enhanced by the federation and the rates provided and applicable at the time of the Eighteenth Amendment should be applied.

Simultaneously, the Council of Common Interests has also passed a decision stating that the WWF and the EOBI shall remain with the federal government until appropriate mechanisms have been developed by the provinces. The decision has ostensibly been passed under the garb of matters of inter-provincial coordination but it is unclear what authority the CCI has to pass this decision. Once again, the indirect consequence of this is the political and legal undermining of the Eighteenth Amendment.

Any entrepreneur would and should realize the value of certainty for a business. The amount of taxation it will be subjected to and the amount labour welfare contributions it has to make can be the difference between its financial viability or lack thereof. In an atmosphere of uncertainty, discontent businesses are constrained to approach the courts and seek resolution.

Although their intention may not be to challenge the Eighteenth Amendment and the provincial autonomy ensured under it, the challenges invariably do raise questions about its effectiveness. Litigants approaching constitutional courts for resolution are bound to frame issues that go to the very core of the amendment as enacted and occasionally expose its shortcomings. We must appreciate that the law does not function in a vacuum and the underlying considerations are not always legal. Courts constrained to find workable solutions for those rightfully discontented may, unwittingly or not, disrupt what was originally intended under the amendment.

It may certainly be too soon to ring the alarm bells, but the prolonged inability of the provinces to take decisive action and negotiate a workable scheme within the federalist structure may turn into an undoing project for provincial autonomy.

The writer is a lawyer.

Asghar Leghari
The author is practicing lawyer and partner at Leghari & Darugar. Asghar Leghari can be reached at [email protected]

Last year’s initial lockdown led to a surge of in-home entertainment as a source of distraction and entertainment. And while time spent watching TV...
Read more
COMMENT

If we can protect our data and do this right, everyone from businesses to govt departments will win
Read more
COMMENT