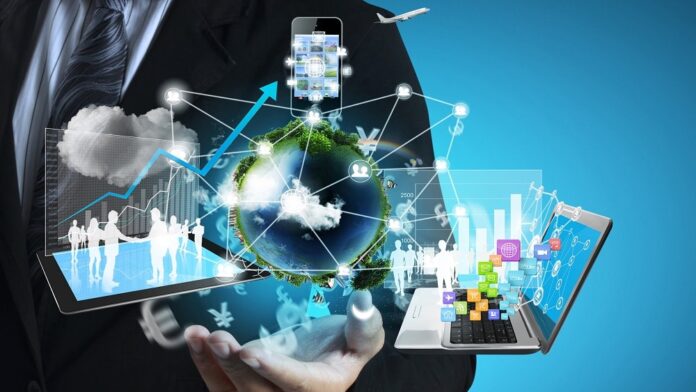 ISLAMABAD: As the export of information & communication technology (ICT) services increased 40pc during the first half (July-Dec) of the current financial year (2020-21), the Ministry of Commerce foresees the exports to cross $2 billion this year.

According to officials at the Ministry of Commerce, the most significant increase in services’ exports was witnessed in ‘telecom & ICT’ services’, which surged 40pc to $958 million in 1HFY21 as compared to $684 million in the same period of FY20.

A consultative meeting was held on Friday at the MoC to discuss Pakistan’s ‘global trade in services’ during the first half of FY21. The meeting was chaired by Advisor to Prime Minister on Commerce and Investment Abdul Razak Dawood.

It was noted that ICT would soon become an important sector in Pakistan’s economy, as total exports are likely cross the $2-billion mark this fiscal year.

The advisor was informed that during the first half of FY21, Pakistan’s total services’ exports stood at $2.844 billion as compared to $2.835 billion in the same period of last year. On the other hand, the services’ imports declined 15.7pc to $3.821 billion in 1HFY21 as compared to last year.

Meanwhile, during the period under review, the export of insurance & pension services grew 21pc, financial services 26pc, while that of other business services (consultancies) inched up 2pc.

However, travel and transport exports declined 28pc and 18pc, respectively, mainly due to impact of Covid-19 outbreak. According to MoC officials, these sectors are likely to improve once the pandemic subsides.

Dawood noted with satisfaction that that the country’s services’ exports have finally turned its trajectory by showing a positive trend.

“Services have a central place in both domestic and international economies as they account for the bulk of global Foreign Direct Investment (FDI) and trade,” the advisor stated. “They [services] connect countries to the international trading system by facilitating supply chains and e-commerce.”

The meeting was informed that due to a surge in exports and fall in imports, the trade balance in the services sector has improved significantly during the first six months of FY21. The trade balance stood at $-977 million during July-Dec 2020 as compared to $-1,697 million during the same period of last year, thereby showing an improvement of 42pc.

The advisor believed that this would contribute significantly to the improvement in the country’s current account deficit.

The meeting was further briefed that workers’ remittances all over the world are included in the ‘export of services’ as they come under the Mode 4 of the World Trade Organisation (WTO) classification of Services Exports, which relates to the presence of natural persons of a member in the territory of any other member. Workers’ remittances were hence included in the export of services as per the WTO practice.

The advisor the urged the MoC officials to find new markets in order to further increase the services’ exports of the country.

He also advised the Trade Development Authority of Pakistan (TDAP) to focus on export promotion. “Market access and export promotion of services has to go hand-in-hand in a synchronised manner. MOC and TDAP must go an extra mile for facilitation of ICT exports,” he added.