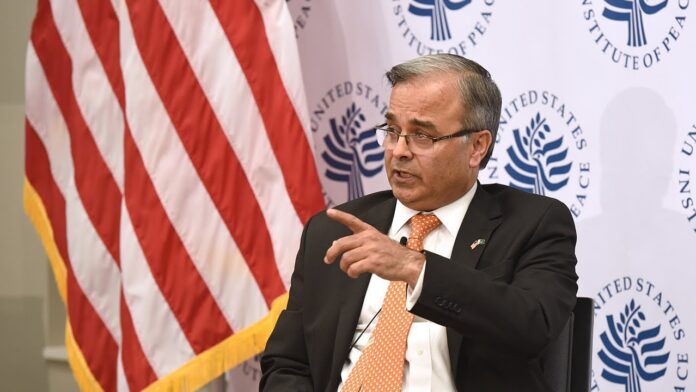 ISLAMABAD: Pakistan’s Ambassador to the United States Asad Majeed Khan has said that Islamabad is looking to enhance bilateral trade and investment ties with Washington under the new administration of President Joe Biden.

Talking to a private television channel on Friday, Asad Majeed said that Pakistan is not looking for assistance or aid but a strong trade and investment relationship.

He said that Islamabad and Washington are working together for peace in Afghanistan along with other nations. “The US also wants that the Afghan soil is not used against any other country,” he added.

“There is no question of ‘do more’ or ‘do less’ for us now, taking the right steps is the need of the hour,” the envoy said. He noted that the new US administration would realise Pakistan’s efforts when it comes to know about ground realities.

Earlier on Tuesday, Biden’s nominated defence secretary General Lloyd J Austin termed Pakistan an important partner in peace and maintained that the US is looking to revive military ties with the country. “If confirmed, I will encourage a regional approach that garners support from neighbours like Pakistan, while also deterring regional actors, from serving as spoilers to the Afghanistan peace process,” he said during his confirmation hearing.

The former US general said he would focus on shared interests including training future Pakistan military leaders through the use of International Military Education and Training (IMET) funds.

Meanwhile, Foreign Minister Shah Mahmood Qureshi stated that Pakistan is ready to engage with the new administration, considering it an “opportunity to build a long-term, broad-based and multidimensional relationship”.

“Such partnership would require an institutionalized and structured engagement, based on mutual respect and cooperation,” the Foreign Minister said at a webinar on Pakistan’s priorities with the Biden administration, organized by Karachi Council on Foreign Relations earlier this week.

QUETTA: The authorities late on Monday reopened a major border crossing with Afghanistan that is currently under Taliban control on the opposite side, customs officials said, allowing...
Read more
- Advertisement -

July 27, 2021
PESHAWAR: The arrival of millions of tourists to Malakand  and Hazara Divisions from all over the country during Eid-ul-Azha vacations generated huge employment opportunities...