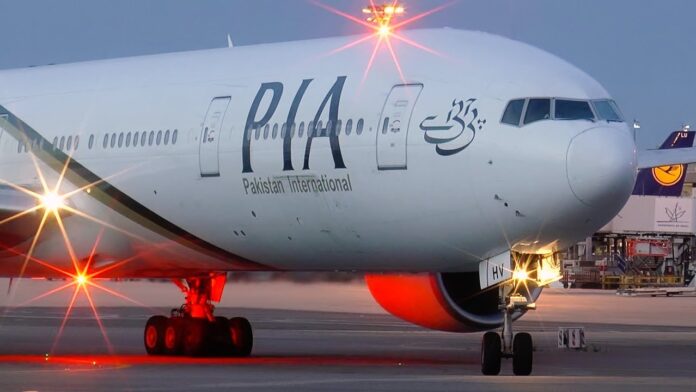 KARACHI/LAHORE: The Pakistan Airline Pilots’ Association (PALPA) has lambasted the management of the national airline over its failure to clear lease payments of Boeing-777 that was recently impounded by Malaysia.

In a statement issued on Friday, the PALPA spokesman said that the management of Pakistan International Airline has been taking away all basic rights of employees, including cutting their salaries, while showing profits to the media, which was far from reality.

“PIA reduced the salaries of the staff, annulled their medical facilities, stopped their pension payments, and offered a VSS scheme just to show that the airline is in profit.”

It is to be noted that Malaysia had recently seized a PIA’s plane, which was taken on lease from a Vietnamese company in 2015, on the orders of a local Malaysian court over non-payment of aircraft lease dues.

“Despite showing profits to the public, the management failed to clear lease payments on time, letting the nation down due to its incompetency,” the statement read.

According to media reports, PIA failed to pay the leasing fee of about $14 million for the last six months.

“The national airline is not being run professionally as it is currently facing ban from the European Union Aviation Safety Agency (EASA). The PIA management has so far failed to adopt safety management programme as per international standards, thus missing out on business worth millions of rupees,” the spokesman stated.