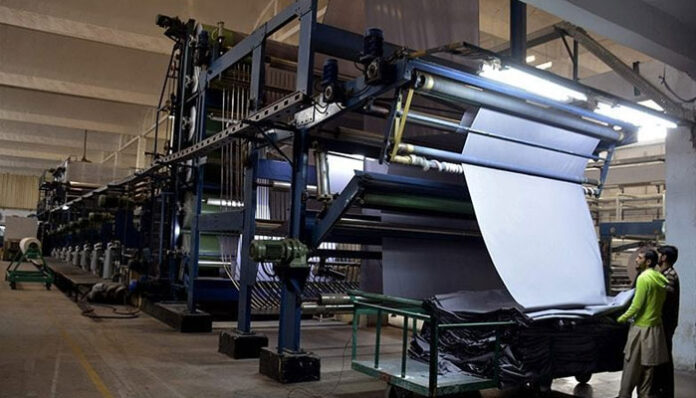 LAHORE: Textile sector’s profitability increased significantly by 32pc YoY during the first half (July-Dec) of FY21 primarily due to an increase in exports, improvement in other income, and decline in finance cost.

According to data shared by Topline Pakistan Research, the country’s overall textile revenues increased 12pc YoY during the period under review, with exports rising 8pc YoY in USD terms and 13pc YoY in PKR terms.

Topline’s data regarding the listed textile composite sector is based on profitability analysis of 21 companies that represent 82pc of the sector’s market capitalization.

“While the backlog of orders from 2HFY20 and diversion of orders from other regional countries like India and Bangladesh amid Covid-19 lockdowns/restrictions has helped support exports, the uptick in general pricing due to commodity super cycle has also played an important part,” the Topline report read.

The increase in pricing and depreciation of PKR/USD by 4.6pc YoY helped mitigate the impact of rising cotton prices, as gross margins remained largely unchanged at 16pc. However, gross profits increased by 9pc YoY.

According to Topline Research, local cotton prices increased 7pc YoY to average Rs9,154 per maund during 1HFY21. This was mainly due to 34pc YoY decline in cotton production.

Other income of sample companies increased 22pc YoY mainly due to re-measurement gain booked on Gas Infrastructure Development Cess (GIDC) as per the IFRS, and exchange gain recorded on net foreign asset exposure.

During the Oct-Dec quarter of FY21, profitability of sample companies picked up further momentum, growing by 32pc YoY and 28pc QoQ.

The uptick in 2QFY21 profits were largely fueled by better pricing as commodity super-cycle kicked in. Sales increased by 10pc YoY and 6pc QoQ, while gross margins also improved by 1.6ppts QoQ.

Other income also played an important part in the improvement of profitability of textile companies, as it increased by 24pc YoY and 55pc QoQ.

“We believe textile sector profits are likely to be supported by better pricing in the near-term; however, announcement of textile policy (with subsidized energy rates) will be important for sustainability of profits given the recent increase in energy prices,” the Topline report stated.