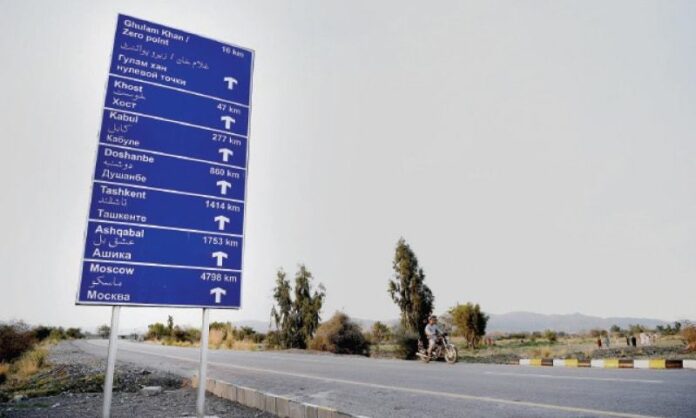 PESHAWAR: Welcoming the opening of the Ghulam Khan route for transit trade in the North Waziristan tribal district, traders of Pakistan and Afghanistan hoped that it will help boost the dwindling trade volume between the two countries.

They said that trade volume between Pakistan and Afghanistan has been declining for the last several years mainly due to hurdles on Pak-Afghan crossing points and policies of both countries.

“Over the last couple of years, trade volume has fallen from less than $2.5 billion to less than $1 billion,” Sarhadi added.

He said that the distance through the third most important border crossing point between Pakistan and Afghanistan, from Karachi and Gwadar to Kabul, will be reduced by about 400km which would significantly reduce transportation costs.

More than 20,000 locals from North Waziristan will also get direct and indirect jobs due to the opening of the border.