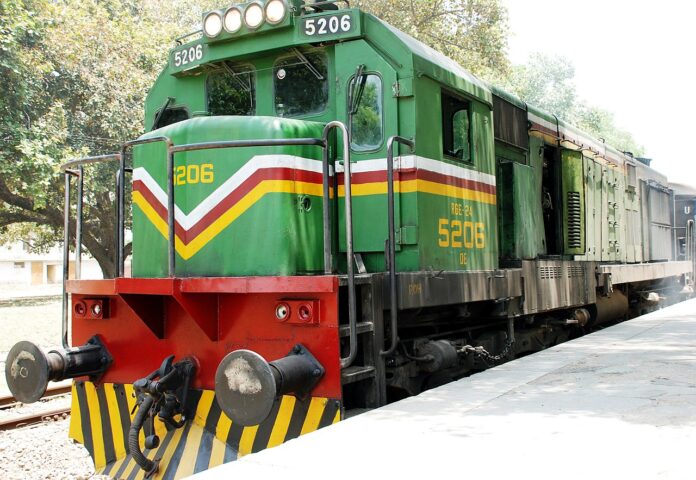 LAHORE: Federal Minister for Railways Azam Khan Swati has said that e-tracking of cargo trains will be started soon while a cargo center will be set up in the Kot Lakhpat area of Lahore in collaboration with the private sector.

The minister met the president and members of the Lahore Chambers of Commerce and Industry (LCCI) here on Friday and assured them that Pakistan Railways (PR) was ready for joint ventures with the private sector.

“Prime Minister Imran Khan wants to provide all possible facilities to the business community and economic stability,” said the minister. “PR is activating dry ports to promote business activities. Upgrading the railways is essential to boost Pakistan’s economy and reduce the cost of imports and exports,” he added.

“The private sector should start projects on the land of PR under partnership as the land of the railways will not be sold but leased,” Swati said.

Meanwhile, during the meeting, LCCI President Mian Tariq Misbah expressed hope that the situation would improve significantly after the completion of the ML-1 project.

“Pakistan Railways is a very important mode of transportation and rail cargo service is cheaper than other means,” the minister said. He went on to say that providing better services will benefit the business community more and reduce business costs.

He stated that due to the non-availability of cargo wagons in recent times, traders have had to transport goods by trucks, which was sometimes three times more expensive than train cargo service. “Economic activities are expected to increase due to the CPEC, so the railway track needs to be upgraded. New projects should be launched in collaboration with the private sector to modernize Pakistan Railways,” Swati stated.

“Merchants are given five to seven days to clear consignments and this time should be extended to fifteen days,” the minister stated, adding that shipments are delayed due to slow cargo trains and traders have to bear the demurrages.

Cargo trains were available at Lahore Dry Port two to three days a week but this service had been suspended which was causing problems, he said. “The service should be restored,” he added.

The members in the meeting expressed concern over the train accidents and said that the central traffic control system should be improved to prevent the accidents.