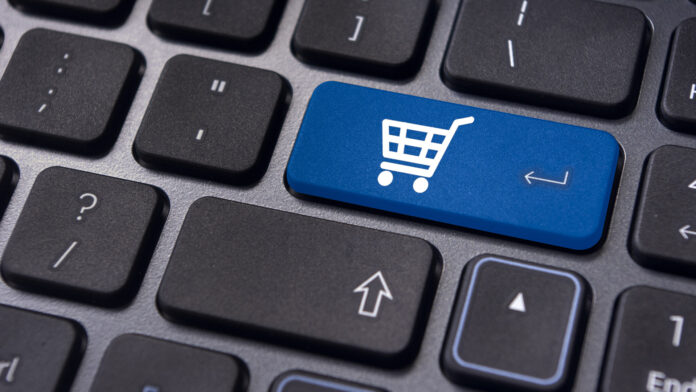 ISLAMABAD: The federal government has proposed to impose a sales tax on the sale of goods through an online marketplace.

According to the Finance Bill 2021-22 (FY22), the Federal Board of Revenue (FBR) has proposed that the person running an online marketplace will be liable to pay sales tax whether or not owned by him.

An online marketplace includes an electronic interface such as marketplace, e-commerce platform, portal or similar means which facilitate the sale of goods, including third party sale by controlling the terms and conditions of sale; authorising a charge to customers in respect of payment for supply, and ordering or delivering goods.

According to details, the FBR’s proposal includes new measures to make e-commerce marketplaces liable for VAT/GST on sales made by online traders besides, data sharing and enhanced co-operation between tax authorities and online marketplaces.

These new measures provide governments with the tools needed to ensure that online platforms play their part in the collection of taxes. They will also level the playing field for those on high streets and in malls, which have had to compete against online competitors enjoying a tax advantage.

The importance of these measures has been underlined in a report by the Organisation for Economic Co-operation and Development (OECD), which shows that two thirds of all cross-border e-commerce sales are made through online marketplaces.

Tracking these online marketplaces to ensure that VAT/GST is paid, by making them liable and through data sharing, will allow tax authorities to focus their compliance efforts on the relatively small number of marketplaces rather than on the millions of small traders operating through them.

Regarding advance tax, the federal government has proposed to abolish the advance tax on cash withdrawal and banking transactions.

Currently, tax at the rate of 0.6pc is deducted in case of cash withdrawal of an amount exceeding Rs50, 000 in a day by a non-active person.

Similarly, tax is deducted at the rate of 0.6pc in case of banking transactions of an amount exceeding Rs50, 000 in a day by a non-active person.

However, for vehicles, the bill proposes that every motor vehicle registering authority of the Excise and Taxation (E&T) department is required to collect advance tax at the time of registration of a new locally manufactured motor vehicle with respect to engine capacity, in addition to collecting advance tax from buyers who sell of locally manufactured vehicles within 90 days of delivery.

The tax has been introduced to discourage the ‘on money’ culture in Pakistan, which has been a major factor behind the car price hikes over the past few years.

The bill proposes that if a capital asset acquired as a gift is disposed of within two years of acquisition, and the gift is part of a tax avoidance scheme, then the cost of asset in the hands of recipient of the gift will be equal to the cost of the asset for the one who transferred it.

For example, a person purchased shares of a private limited company costing Rs20 million. Five years later, the fair market value of the shares became Rs30 million. The person then gives these shares to his son. Currently, as per Section 79 of the bill, the son will record these shares in his wealth statement at Rs30 million. If the son sells these shares after six months for Rs32 million, his capital gain will be Rs2 million.

The bill proposes to introduce the definition of ‘concealment of income’ through a newly proposed clause (13A) in Section 2 of the ITO.

The term is defined to include the suppression of any item of receipt liable to tax in whole or in part, or failure to disclose income chargeable to tax.

“If the person offers no explanation about the nature and source of the amount credited or the investment, money, valuable article, or funds from which the expenditure was made, suppression of any production, sales, any amount chargeable to tax and of any item of receipt liable to tax or the explanation offered by the person is not, in the Commissioner’s opinion satisfactory.

The bill also proposes to insert explanation to the definition, and clarifies that mere dis-allowance by the Commissioner of any exempt income declared or any expenditure claimed shall not be treated as concealment of income unless it is proved that the act of the taxpayer was deliberate.

Moreover, the bill proposes to introduce the definition of a business bank account to be a bank account utilised by the taxpayer for business transactions.

The bank account is also required to be declared through form under 181 on the IRIS portal of FBR.

The bill also proposes non-declaration of business bank accounts, in registration form or updated registration form or return of income or wealth statement, in the list of offences punishable on conviction with a fine or imprisonment for a term not exceeding one year, or both.

It is also possible payments of expenses from any non declared business bank account may be disallowed by the tax officials on the contention that payments were not made through a valid account.