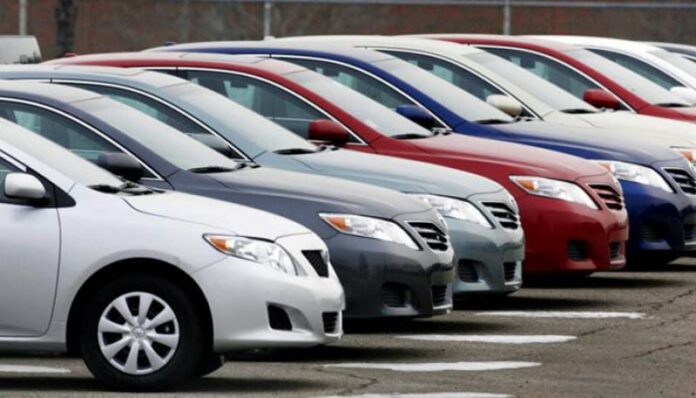 ISLAMABAD: The sale of cars during the first two months of the financial year 2021-22 surged by 92.76pc as compared to the same months of last year, the latest data released by Pakistan automobile Manufacturing Association (PAMA) said.

According to the data, as many as 38,568 cars were sold in the period under review as compared to the sale of 20,008 units in the same period of last year.

The data shows that 4426 units of Honda civic and city were sold during the months as compared to the sale of 4,190 units last year, showing an increase of 5.63pc.

Toyota Corolla cars’ sales also witnessed an increase of 77.95pc as it soared to 4,262 units in the corresponding month from 2,395 units in the same period of the previous year.

Suzuki Swift’s sales surged by 0.26pc as its sake increased to 379 units from 378 units last year.

Similarly, the newly launched Toyota Yaris also witnessed an increase as its sale jumped to 4725 units in the year under review from 3,588 units.

The sale of Suzuki Cultus increased to 7,058 units in the corresponding year whereas, during the same period last year, the sale was recorded at 2,477 units.