With new competitors closing in on the Big Three, capex spending in auto industry surges 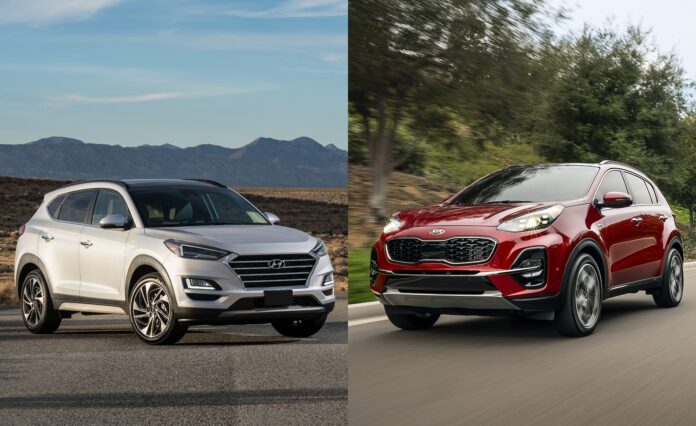 What’s the best way to assess how the car industry of Pakistan is doing? For Saroash Saleem, investment analyst at AKD Securities, it’s easy: use the quarterly capex for the three companies that produce cars in Pakistan. Capex is short for capital expenditure, also known as funds typically used by a company to upgrade, and maintain physical assets such as plants or buildings, and are also the funds used to undertake new projects or investments by a company.

Which is what Saleem highlighted in his note to clients sent on September 30 – that the rising capexs of the three companies represent a paradigm shift in the automobile industry.

So, first in the picture is Pak Suzuki Motors. According to its latest financial statements, it had a capex of Rs3.4 billion in the first half of calendar year 2021, which represents a year-on-year increase of 5.6 times. That makes sense as this means that the new Suzuki Swift is in the pipeline.

On the other hand, Honda Atlas Cars capex fell from Rs2.1 billion in the last quarter, to Rs234 million this quarter, representing a quarter-on-quarter fall of 80%. This is because the company finally finished upgrading its plant and will start producing the new Honda City in the first quarter of model year 2022.

Finally, Toyota Indus Motors spent Rs571 million in the last quarter, taking the annual capex in fiscal year 2021 to Rs2.5 billion. A further Rs5.1 billion, or $30 million, capex is expected in the upcoming fiscal year 2022 to increase Indus Motors’ capacity by 20%. In addition to this, the company has announced a capex of Rs17 billion, or $100 million, over the period of the next three years to upgrade its plant to produce a number of Hybrid Electric Vehicles in Pakistan. This decision came after the duty structure for electric vehicles’ parts changed in Pakistan. It also helps that the prices of imported for completely assembled vehicles shot up, prompting the case for new alternatives.

Where is all this capex coming from? Saleem takes a long view, and asks people to consider the context of these three players. The truth is, these three companies are just not as competitive as they used to be. There are several more new entrants now out in the market. During fiscal year 2021, Kia sold over 20,000 cars, which is an astonishing growth of around 162%. Meanwhile Hyundai sales grew by 16 times year-over-year.

“The local industry landscape has become competitive, hence, we can expect rising levels of capex in upcoming quarters,” said Saleem.

According to Saleem, the success of Kia’s Sportage and Hyundai’s Tucson has heavily

hampered the volumes of existing sedans. This is especially true for the Honda Civic, where the total volumes in fiscal year 2021 stood at 29,000 cars, which was only a little higher than the much newer company Kia. And it’s not looking too good for Honda: its other mainstay car, the City, has had to absorb other incomers like the Toyota Yaris, and even Chinese plates, like the Changan’s Alsvin and

Proton’s Saga. It’s why the new City for Honda Atlas is so important: in fact, the order book of Honda became healthy, and the company seems confident to deliver 9000 cars per quarter in fiscal year 2022. Plus, the new Civic in the pipeline helps Honda’s position as well.

Meanwhile Indus Motors is banking on the Yaris in the compact sedans. Still, that didn’t exactly become the cash cow it hoped it would be, because of consumer’s depleted disposable income (which was not about to be spent on sedans).

Instead, one company that did benefit was Pak Suzuki. It received a lot of customers who were switching from the Cultus and Wagon-R to the newly launched Alto, which ended up becoming the company’s cash cow.

Still that doesn’t mean one can write out these three players entirely. In fact, this may just prompt them to become more competitive. As Saleem says, “We expect the competition to gear up, however, we believe the big three OEMs to weather out the competition and sustain their position in the local industry landscape.”

He bases his view on the companies’ existing brand image, extensive dealership network, consistent resale value, and frequent new model rollouts. As he explains, “Cars in Pakistan are not just a mode of transport but also an investment where a year old vehicle sells at the price of a new vehicle”. And thats where these three companies have an edge: consumers prefer the vehicles from Toyota, Suzuki and Honda over new entrants, especially the Chinese players, which might be nice cars to drive, but might have plummeting resale value.

Plus, these three companies have realized the level of competition and hence have started to revamp their strategies. Saleem points out, “In light of limited cost pass-on, we expect frequent new model rollouts by OEMs to fetch the ball back in their courts in terms of pricing power.” He adds that according to sources, Honda Atlas is expected to start upgrading its plant to launch the new model of Civic in fiscal year 2023, while Indus Motors and Paks Suzuki have already started their process of upgrading. ANd Saleem seems optimistic on all thee noting that Pak Suzuki has an edge because of an increasing demand for smaller vehicles, and Honda Atlas has its new models to look forward to. The best remains Indus Motors, which seems ready to venture into the hybrid segment. All of this means more cars, and more choices for the average Pakistani car buyer – and that’s always a good thing.