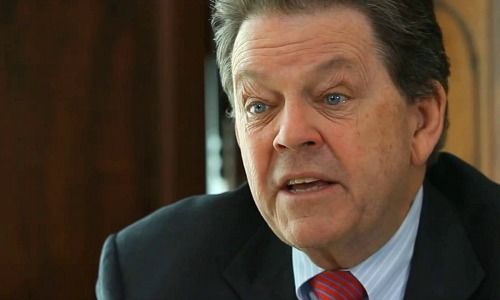 ISLAMABAD: Renowned American economist Dr Arthur B. Laffer has claimed that international lending agencies, like the International Monetary Fund (IMF) and World Bank, which are insisting that economies like Pakistan increase taxes, cause further damage to weak economies.

Dr Laffer, who propounded the idea that lowering tax rates could result in higher revenues, claims that taxes are bad for the economy and growth, adding taxes hurt the country’s prosperity.

Talking to a group of journalists in Islamabad on Sunday, he said it is proved that in high tax environments, tax exempt activities flourish.

As Laffer has also written a book on tobacco, “Handbook of Tobacco Taxation – Theory and Practice outlines” in which he claims that the illicit tobacco sector is flourishing and will keep on doing so as long as we see taxes rise in Pakistan. “We see this in several sectors but perhaps the revenue lost in this sector is the highest,” he said.

Presenting the tobacco sector as an example, the US economist views that the tobacco industry in Pakistan faces a critical challenge with the wide presence of non-tax paid cigarettes. The legal cigarette industry of Pakistan comprises two multinational companies that contribute 98% of the cigarette excise revenue despite a market share of only 60%.

On the other hand, the non-tax paid cigarettes produced by 52 local manufacturers, which has a market share of over 40 per cent but contributed only 2pc to the national exchequer.

As excessive tax policies widen the price gap between legal and tax-evaded cigarettes, and with low disposable income, consumers of legal cigarettes will be unable to absorb multiple tax and price increases, and will shift their consumption to cheap illicit cigarettes making the task of enforcement against these illicit operators increasingly difficult.

Tobacco and beverages are being taxed at the maximum level. This year the government is collecting probably Rs150 billion from tobacco taxes, compared to Rs137 billion last year

Any increase in taxes will result in an increase in illicit activity – if FED increases then down trading will occur and more legal volumes will move to illicit so it is a loss – loss for both the GOP and the private sector.

He concluded with a solution that there is a need to improve enforcement capabilities within the country to curb illicit activity.” In the short term, till the capabilities catch up, taxes should remain stable  as an increase in tax will only increase down-trading.”

“The long-term focus needs to be on enforcement capabilities. Tax stamps is one of those capabilities but more solutions like these are needed. It is a good starting point but Pakistan cannot stop there. Implementation needs to be on all companies not just the two major players – otherwise the GOP is only increasing production costs of two companies but with so many illicit players selling under the legal selling price the country is playing a losing game,” he said.

It may be recalled here that Adviser to the Prime Minister on Finance and Revenue Shaukat Tarin had also held a meeting with Dr Laffer at the Finance Division on Thursday.

The adviser highlighted the current economic situation of Pakistan and briefed him on the steps taken by the present government to address the challenges faced by the economy of Pakistan and put it on the path of progress and growth.

During the meeting, Dr Laffer had suggested key economic reforms to boost prosperity and economic growth in Pakistan.

He had cited great potential in accelerated privatisation, simplification of taxes and strengthening of exchange rate to push the economy forward.