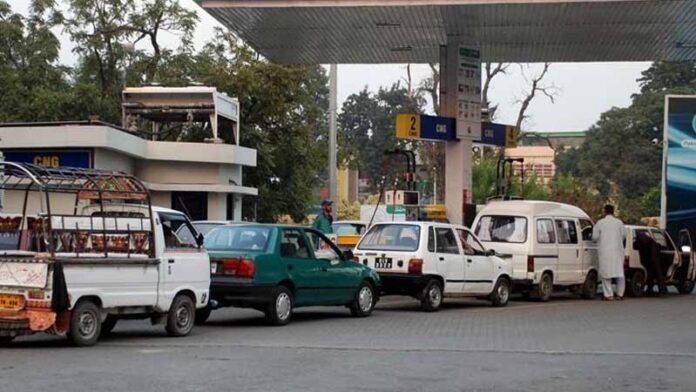 All Pakistan Petrol Pump Dealers Association (APPDA) on Sunday called for a countrywide strike on November 25 over the government’s reluctance on hiking the dealers’ margin to 6 per cent.

As per details, in a press conference held in this regard, an official of the APPDA said that the time to negotiate had passed, adding that there will be no talks with the government now until their demands are met.

“There will be no leniency until their margin of commissioned has been hiked,” the official added.

The petrol pump dealers association had earlier announced to go on strike on November 5 following the call of the central organisation to demand the hike in commission but after their negotiations with government, they called the strike off.

It may be mentioned here that the association has complained of operating petrol pumps with a meager margin, which has further taken a hit due to the ongoing inflation, rupee devaluation, lease and franchise issues with Oil Marketing Companies (OMCs) and rising cost of doing business.

“Margins are fixed in absolute terms and have been increased by a few paisas based on CPI.  Therefore, sustainable operation of pumps is not viable anymore, a situation which may lead to closures if margins are not revised upward by at least 6pc of the sale price,” the APPDA chairman had said.

It is pertinent to mention here that a meeting between the APPDA and government had agreed that a committee will resolve the issue of margins on a long term basis. However, the outcome will be converted into a summary for the federal cabinet’s economic coordination committee (ECC).