The story of SEPL is a story of inefficiency, contradictions, and the typical problems of public companies in Pakistan 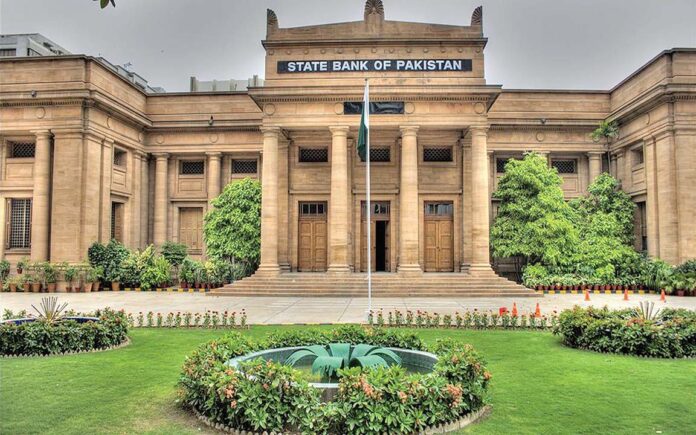 This op-ed is written first and foremost as a student of finance to give readers an understanding of the investment climate in Pakistan, in which minority investors are being pushed between a rock and a hard place. The topic of minority shareholders is of very high importance, and sparking a debate surrounding them can result in much needed introspection on corporate governance in Pakistan.

The Pakistani equity markets are currently trading at one of their lowest ever price points compared to their regional and global peers. Even then, there is still incessant foreign selling in the local equity markets with foreign institutional investors selling in excess of $1.3 billion (billion with a capital B) in the last three years of Pakistani equities. Apart from economic issues, a major part of the decline can be explained through the role of non-protection of minority shareholders rights.

Foreign investors see the way that companies are run here and are not confident in the lack of safeguards for minority shareholders. If there is no protection to the rights of these investors, including domestic investors, why would anyone want to invest? The way companies are being run it seems investors are being punished for investing and taking risks. It also seems as if the key standard of decision making is putting your money in fixed income instruments or to buy US Dollars. This is indeed tragic and something which needs to be reversed.

One such company is the Security Paper Limited (SEPL).  The company is indirectly owned by the State Bank of Pakistan (SBP) and has seen significant inefficiency which has time and again been pointed out by investors. It is strange that nothing is being done to allay their concerns, nor of other shareholders where decision making of the management is also destroying value for majority shareholders as well. In a nutshell if SBP, the premier institution of handling Pakistan’s foreign and local investments, cannot manage its own investments with a fiduciary responsibility then how can it manage Pakistan’s?

SEPL is 40% owned by Pakistan Security Printing Corporation (PSPC), the wholly owned subsidiary of SBP which is responsible for printing of bank notes and prize bonds and of which Dr Reza Baqir, the Governor of SBP, is the Chairman. Up until recently, the erstwhile Deputy Governor Mr Jameel was the Vice Chairman of the company until his recent retirement from the SBP. A snapshot of the income statement/balance sheet of the company has also been included.

As can be seen, operationally the company has done well. However, since the SBP acquired PSPC in July 2017 from the federal government’s Ministry of Finance and consequently drove the decision making at Security Papers Limited (as mentioned earlier, PSPC owns 40% of the company), dividend payouts have consistently gone down and there has been a significant decline in it with FY21 dividend payout at an abysmal 36.6% of earnings. This is perhaps the lowest dividend payout percentage to earnings in the company over the last 10 years or so.

When it comes to the utilization of the cash pile, it has increasingly been seen that management has not used the cash in expansion of the business but have invested in PIBs, T bills and some mutual funds (whose returns have also been questionable at best). It would be best to look at the returns of these mutual funds from the time they were invested in around 2017 till now and where the returns have even been lower than the returns on fixed income instruments.

Things become particularly strange when you consider that Security Papers Limited has a roster featuring star ex bankers on its board. Mr Aftab Manzoor is currently the Chairman of the company as nominated by the SBP for example. That is why it is surprising that the company has close to zero leverage and hence shareholders are losing out on the benefit of the debt shield (interest expense is tax deductible) while the cost of debt is always cheaper than cost of equity. The company has a net equity of Rs 6.7 billion. As stated earlier, Rs 4.5 billion of that is invested in cash or near cash instruments making a return of 8% (where this is significant value destruction as return on cash is around 7-9%). While the core business makes more than double digit returns hence having higher cash leads to value destruction as total return goes down.

Management over the last few years has been stating that they are keeping cash for some planned expansion. However, it is strange when the SBP itself announced its subsidised TERF scheme for BMR, the company did not raise any financing from it where it could have easily raised Rs 4-5 billion of financing at 3-4% fixed rates for 10 years.

Who should be held responsible for this? The loss of shareholders and primarily minority shareholders is a serious problem. From FY2017, the company’s cash pile has significantly gone up while no project has been announced. In effect, shareholders are also being penalized as any forthcoming investment which the company wants to do would be done at a higher dollar rate. This would mean that the company has lost out over the years, while the loss in the last four years alone is 68% due to devaluation.

Lastly, the 20 acre facility in Malir is still valued at cost (at less than Rs 0.5 million only) while it is worth a huge amount, perhaps more than Rs 5-6 billion. Why is this property not revalued? This is one company which should be a leading light for investors with regards to its business fundamentals and the strong equity base of the company, however the current position is quite different. It is high time the SBP should improve the workings of its own companies or its own investments. If they can’t do that, then it should be buying out the minority shareholders and doing whatever it wants to do with the company.

A spokesperson of the company has briefly responded to the concerns raised in the above op-ed. In the interest of fair journalism, the response is being reproduced here:

Suleman Maniya
Suleman Maniya is a Portfolio Manager, Travel Junkie, Avid Sportsman, Public Speaker, Foodie and opinionated. He has a MSc Finance (Gothenburg) in Corporate Valuation with a firm interest in protecting the interests of minority investors/activist investing