Why do media owners suffer when one agency serves competing category advertisers?

And why is the onslaught that follows so entertaining to watch? 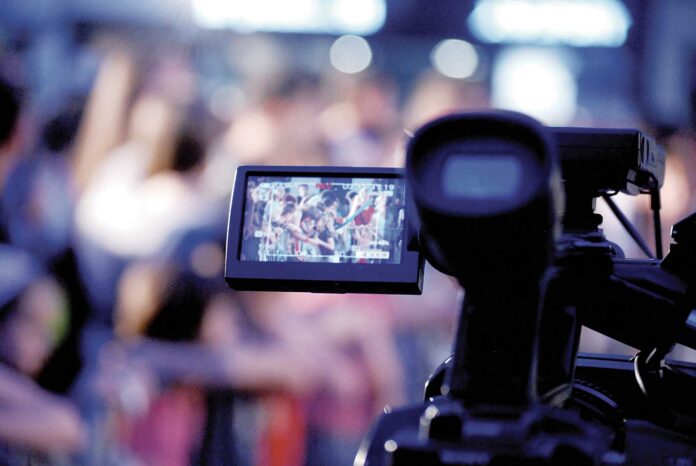 The entire media supply chain is mired with examples of conflicts of interest, which are situations in which the concerns or aims of two different parties are incompatible. And yet, we tolerate it when Google, the owner of YouTube, pushes its own media platforms – YouTube, paid search, the display network – on to advertisers and media agencies using its self-serve advertising tools. And for some reason, people are appalled by the idea that an advertising group could own a TV channel.

The rationale here is that if Taher Anwer Khan owns both the Interflow Group of Companies and Airwaves Media – which are respectively an advertising group and media house involved in broadcasting television, radio, and allied media content – it would no doubt place its own media in plans for advertisers with high priority. There is little proof, aside from industry gossip, to quantify claims of this manner, nevertheless, they do occur.

The biggest elephant in the room behind the Conflict shop phenomenon in advertising story is that Facebook and Google – which control 75% of digital media spending around the world – serve competing for category advertisers and no one bats an eye. But for some reason, when a media agency does the same thing, it becomes a problem. Bear in mind, that both Google and Facebook have self-serve advertising tools.

“Some advertisers are particular about category exclusivity, and some are happy to let it slide,” said Imran Irshad, the CEO of M&C Saatchi. “Developing a competitive advantage in a category and then getting multiple advertisers on-board is a lucrative proposition for agencies. Some agencies – not us – come up with smart strategies, such as the creation of sister brand agencies that sit in the same premises, or on-boarding separate teams within the same agency to handle multiple brands.”

To use a media agency in the year 2021 is to signal to the market that you don’t want to pay Google and Facebook on the day the campaign runs, plain and simple. This is because the medium to large media agencies become defacto channel partners for Google and Facebook, earning rebates and undisclosed rewards for passing along business and also better credit terms which SME advertisers are not privy to.

Yes, that’s right, the brain-dead millennial brand marketers and agency executives bragging about getting Google and Facebook certified are unpaid glorified sales agents for Google and Facebook, the best part of which is they don’t know how stupid they sound in bragging about being certified in a tool and becoming a tool. Imagine getting ARY or GEO certified – what a farce – which tells you everything you need to know about the state of education in Pakistan.

All said and done, the reason media owners in Pakistan have been groaning ever since Nestle left GroupM for Publicis Media, has a lot to do with why there are fewer than three journalists in Pakistan that cover the media & advertising industry: media owners would rather self castrate than upset an advertiser or media agency. And once The Coca-Cola Company left Starcom-affiliate Brainchild Communications Pakistan (BCP) for Mediacom under GroupM Pakistan, these groans turned into wails of terror.

“The clients need to understand that there are endless possibilities to make a relationship transparent,” said Rizwan Merchant, the founder & CEO of M2 Pakistan. “Client needs to know what they require from the agency and get it audited through specialized media auditor firms.”

GroupM Pakistan operates three media brands in Pakistan: Mindshare, Wavemaker, and Mediacom. It does this because each media brand has its own frameworks, teams, category clients, and leverage with media owners. PepsiCo and The Coca-Cola Company, the market leaders in the carbonated soft drinks (CSD) category in Pakistan, are respectively served by Mindshare and Mediacom. Both CSD companies are headquartered in Lahore and so are the shared office spaces of their media agencies, whether in Karachi or Lahore, separate by floors or rooms.

Media owners and broadcasters that spoke to Profit recalled frustrating cold wars between GroupM serving PepsiCo and BCP serving The Coca-Cola Company with regards to which agency gets which slot to air content around their respective music platforms, the inane demands around one-upping the other in terms of spot frequency, and worst of all, the absurd payment terms.

Given that PepsiCo’s advertising expenditure (AdEx) budget is nearly three times greater than that of The Coca-Cola Company, the fiduciary responsibility of in-house favoritism for future cold wars places the ball in PepsiCo’s court.

“Through an agreement with the ICC, The Coca-Cola Company gets first dibs to sponsor international cricket tournaments and has to get 60% more airtime than any CSD competitor,” said a broadcast executive that requested anonymity. “PepsiCo sponsors local cricket and has the same pissing contest around more airtime than its competitor. Our CTS departments hate these advertisers and their media agency yes men that give in to these demands.”

The Coca-Cola Company has Coke Studio and PepsiCo has Battle of the Bands. And they will both be grilled through the operating principles of GroupM Pakistan that have stood the test of time, until now. These include which advertiser exclusively gets the best GroupM talent as a business leader with the most CSD experience and how the media agency will decide as a whole. This barely scratches the surface.

As the largest media investment company in Pakistan, it should come as no surprise that GroupM Pakistan has so much buying power that it has an internal rate card based on the volume of spending. The more an advertiser spends, the better their rate. If PepsiCo’s AdEx is three times that of The Coca-Cola Company, the pricing each gets won’t be what the new client is used to.

“GroupM rate structure works in multiple layers: at the base level, thanks to our scale, we get a (guaranteed) rate advantage over the industry,” said Naveed Asgher, the CEO of GroupM Pakistan. “On this, based on the size of the agency and consequently the size of the advertiser, type of inventory, deal structure, etc, gets more add-ons in terms of even better pricing. For each client, there is a formula specific to their business objectives and KPI’s. Which means, that our offering is tailor-made.”

Speaking with Profit, a media executive shared that clients don’t know what rates are being offered to their category competitor, adding that GroupM’s potential rate slab is because media is all about scale and cloud economies. Channels are contractually bound to give the WPP media agency the best possible rates and then options are shared with advertisers.

The Coca-Cola Company has Coke Studio, and PepsiCo has Battle of the Bands as music platforms. Here arises another issue when both advertisers want a specific time slot on a particular day for a specific channel within a unique day of programming.

“The brand essence, positioning, and future growth plans drives the platform and strategy selection,” said Asghar. “It is a co-created process between the advertiser and us – their media partners.”

Sources shared that since Mindshare and Mediacom have their own way of marketing, in which they are striving best to tackle these kinds of issues, everything is based on merit apart from the negotiations and some other factors are involved in terms of securing the right place for a client.

When both CSD advertisers want the same bit of media inventory – such as the first ad spot after a wicket or six by the team Pakistanis are rooting for – how does GroupM Pakistan choose which advertiser gets it first?

“Any decision of exploring an opportunity should be driven by the brand’s need and optimized by the right buy and negotiation,” said Asghar. “Hence our role is to enhance the offering by bringing our knowledge and expertise of media. We continue to bring innovations, exclusive platforms, and properties to extract the maximum return for our client’s investment.”

Sources told Profit that it’s the advertiser’s call and depends on Mindshare and Mediacom as they have their own teams which mostly handle these issues independently. Multiple factors are taken into account when closing deals and negotiating.

Within the HoReCa space, there is a select number of branding opportunities to connect a CSD to a meal, and food festivals are no exception. At the Food Street and Karachi Eat Festival, only one CSD shall reign supreme, calling into question which of the two CSD’s under GroupM will win the bid? This applies to broadcast events too across Ramadan, Eid, and Independence Day. Which client gets the first right of refusal, the loyal one or the new one?

“Competition client management is taken extremely seriously, and it comes naturally to GroupM Pakistan,” said Asghar. “We have been managing this for over two decades in Pakistan. Being the only multinational media agency in Pakistan, we follow stringent security and compliance protocols which are prevalent in all our other markets across the globe.”

Sources told Profit that most media agencies have their own air-tight protocol, with each agency negotiating and competing for its advertisers to get the best possible deal, and everything is separate in terms of working. They added that for the upcoming Omni Karting Circuit, negotiations are already underway to ensure that only one CSD is present at the circuit itself for regular events and also for the upcoming races.

As reported, the media landscape is murky and it is only through periodical media audits through firms run by former media agency CFOs do advertisers have a shot to get the whole picture. Till then, the facade of shock and awe will soldier on.