Project will lead to introduction of refrigeration gas, ADNOC lubes for the first time in Pakistan 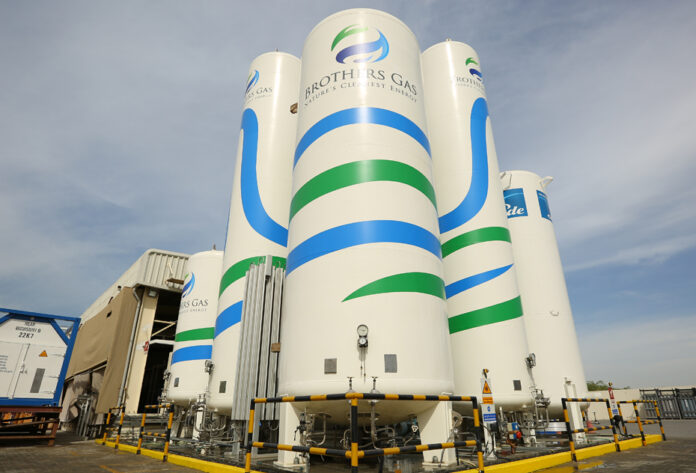 ISLAMABAD: Brother Gas, a United Arab Emirate (UAE) based gas company, is going to set up its plant in the Faisalabad Special Economic Zone (SEZ) with an initial investment of $15 million.

This was disclosed by  Brother Gas Managing Director Kashif Maqsood while talking to  Board of Investment (BOI) Secretary Fareena Mazhar during the Dubai Expo on Monday. The MG of Brother Gas had attended a seminar organised by the Pakistani pavilion with his five member senior management team.

The BoI had organized a hybrid investment seminar at the Pakistan Pavilion in the Dubai Expo on December 6. The event was attended by both the local and international business community physically and virtually. The business community was apprised on investment policies and potential in Pakistan with focus on technology as well as knowledge economy.

According to officials of BOI, Brother Gas UAE, a leading oil and gas companies in Dubai, was earlier assisted to get a plot in the Faisalabad SEZ for setting up the plant.

Brothers Gas is reportedly known as the best gas company in Dubai, contributing reliable and high-quality liquid gas services at an affordable price for all industrial needs.

Officials privy to the development said that BOI’s close coordination with the organisation has resulted in the organisation announcing it’s plan to invest in Pakistan as the company has confirmed its plan to set up a bottling plant at the SEZ.

“The delegation representing Brother Gas UAE has shared that they will be investing in three phases, with an initial investment of $15 million,” they said.

They revealed that the first phase will include setting up a plant in the M3 industrial area in Faisalabad which will serve the local market and facilitate export to neighboring markets from Pakistan. The plant will produce industrial gasses, with more than a 1000 products.

In the second phase, the company will also install an Aerosol Propellant Gas (APG) plant which will be manufacturing much needed APG within Pakistan instead of importing the same. The investment will help reduce imports and bring in FDI through exports to neighboring countries.

The project will also lead to the introduction of refrigerant gasses and ADNOC lubes for the first time in Pakistan.

Secretary BOI has termed this potential investment as a major breakthrough for attracting FDI into the country.