The China-Pakistan impasse is very real

Even as the government claims all is sunshine and rainbows, tensions continue to rise 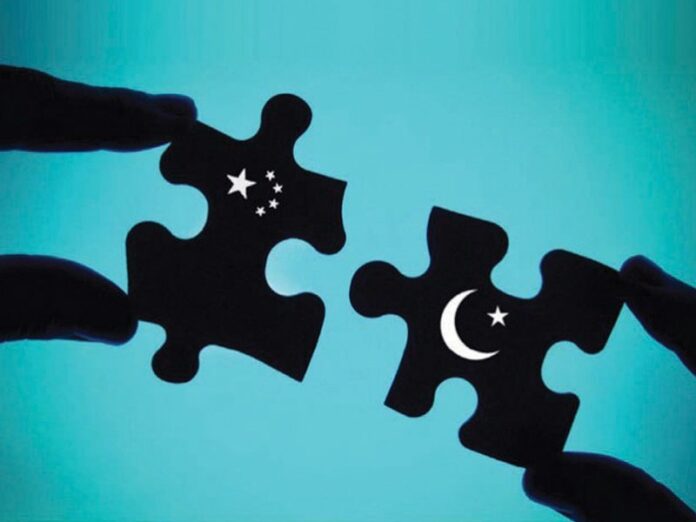 The Chinese are not happy. Once known and proudly shown off as Pakistan’s all-weather friend, the relationship between the two countries is precariously balanced on a knife’s edge.

The relationship started to go awry soon after the PTI government came to power. The first cracks in the relationship became apparent when Abdul Razak Dawood in September 2018 told the Financial Times that Pakistan was rethinking its role in the Belt and Road grand plan.

The downturn has only accelerated in recent months, with the Dasu terror attack marking a major inflection point in the China-Pakistan economic relationship. Mounting issues have become an irritant for the Chinese and a warning signal for international investors who dare to look at Pakistan as a potential destination.

The most recent Joint Cooperation Committee (JCC) meeting, held in September 2021 after a two-year hiatus, brought all the major issues into the limelight. According to media reports the Chinese demanded increased security as a “precondition” for progress on CPEC. Pakistan’s desire to renegotiate power tariffs with Chinese investors was also rebuffed by the Chinese. Pakistan also assured that almost $1.5 billion in payables to China would also be disbursed in the coming days. In recent weeks Special Advisor to the Prime Minister on CPEC Khalid Mansoor has also sought intervention from the Chinese government to push Sinosure to provide insurance coverage for almost $13 billion worth of projects.

The Chinese are also facing a whole host of other issues including, but not limited to: imposition of anti-dumping duties on construction materials for Gwadar Airport; delays in issuance of work visas, with procedural issues leading to penalties; pending payments on projects including the Multan-Sukkur Motorway; and issues at SEZs including water, gas, and electricity connections for projects worth almost $1 billion. To many domestic investors, the above are familiar challenges they face when operationalizing major projects in the country.

As a result, Pakistan’s geoeconomics ambitions are hitting the brick wall of reality that is propped up by misgovernance and reinforced by a dysfunctional bureaucracy. Ease of doing business remains a challenge in the country, with most local investors preferring to park their money in unproductive assets like plots. The Chinese, who had high hopes of leveraging their strategic relationship with Pakistan to not only bypass but bring down this wall, are quickly realizing that their optimism may have been unfounded. These challenges mean that the risk-adjusted returns in productive assets are simply not worth the trouble and investors, both domestic and foreign, either avoid taking risks or demand guaranteed rates of return with the sovereign’s backing.

Government interlocutors including senior ministers who deal with the Chinese on a regular basis insist, both publicly and privately, that these are not serious issues. Their argument is that the Chinese have a direct line to the very top levels of Pakistan’s government and that all issues are resolved in an efficient manner. Others outside the government who also engage with the Chinese believe these claims and agree that all is not well. But for argument’s sake let us agree that journalists are sensationalizing routine issues and that all is well. A key question still lingers: why is it that routine issues require attention from and intervention by senior government officials? After all, a half-decent government machinery ought to provide water and gas connections at SEZs and clear materials through the ports in an efficient and timely manner without any delays.

The data from 2018 onwards highlights the costs these issues have inflicted: after peaking at $1.3 billion in 2017-18, foreign direct investment (FDI) inflows from China have declined to $758 million in 2020-21. From 2013 to 2018, the average annual inflow from China was almost $823 million and this has dropped by almost 30 percent to an average annual inflow of almost $578 million. The immediate pushback against this data might be that a twin deficit crisis inherited by this government coupled with a once-in-a-century pandemic has meant that the investment climate has been difficult. While this may be true, comparative data from across the border shows that India attracted a record-high $81.7 billion in FDI during 2020-21, meaning that the fallout of the pandemic, which included a traumatic national lockdown, need not dampen investor confidence.

The fact of the matter is that Pakistan’s byzantine governance and bureaucratic system needs massive overhaul, especially if those at the helm of affairs are serious about a geoeconomics pivot. The decline in FDI coupled with the issues faced by the Chinese is evidence that misgovernance and a dysfunctional bureaucracy are major unresolved issues that are scaring away investment. And while this government, like its predecessors, has conducted yet another multistakeholder process to pursue institutional reforms, the lack of implementation means that things are only getting worse.

As I have argued elsewhere, succeeding at geoeconomics requires the state machinery to operate like a well-drilled orchestra, with each musician playing their instrument in sync with everyone else. For non-Chinese international investors then, the performance is just not good enough to command attention. After all, if a strategic ally with a relationship that is proverbially higher than the Himalayas is struggling to navigate Pakistan’s dysfunctional governance and bureaucratic structures, what hope do others have?