Uncertainty gives flight to the dollar 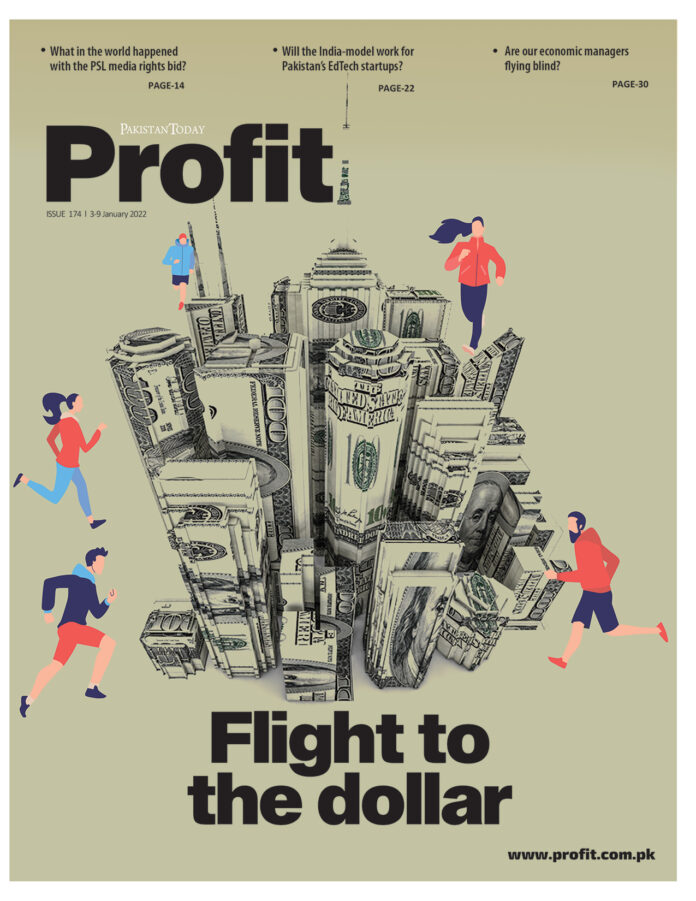 On the 9th of December, the US dollar reached an all time high by crossing the Rs 178 mark on the interbank market. Over the next three weeks, it would stay relatively stable. The needle on the dollar rate would every now and then move ever so gently above or below Rs 178.2. From the 10th of December to the 29th of December, this remained the case.

Then on the second last day of the year, the dollar fell suddenly to Rs 177.5. On New Year’s Eve it opened at Rs 176.6, having shred Rs1.7 per the dollar along the way after a relatively stable run at the Rs 178 mark. And that is not all. Further declines are expected to come as we enter 2022. So what happened?

Clearly 2021 has not been a good year for the rupee. December has been a particularly bad month in an already pretty bad year. The dollar seemed to be skyrocketing with each passing day and it did not inspire confidence when the State Bank of Pakistan was clearly scrambling to try and control the demand and supply of dollars in the market in am effort to control it’s level. Within days, they announced both a requirement for biometric verification for buying more than $500 and a limit of $10,000 at most per person. In addition, the SBP has also reportedly been slowing down approvals for the placement of import orders in some places. There have also been reports that repatriation of dividends by overseas investors are facing obstacles in a bid to stop the demand for the dollar rising in both the interbank and the open market.

Things have clearly been chaotic. The dollar took flight and the SBP has been desperately trying to keep a tail on it and pull it back to avoid further damage. But what could in reality have been done? One of the most substantial reasons for the flight of the dollar was the growing uncertainty surrounding the fate of the government, and the direction of the economy. Very serious doubts surfaces about Pakistan’s external sector as well as the uncertain outlook on the talks for the resumption of the IMF programme and matters become all the more complex. As confusion rolled through the markets, it appeared to investors and people looking to keep their savings afloat that the dollar was the safest asset to be holding at such an uncertain time.

Our own history has taught us that in times of mounting economic and political uncertainty, the dollar always appears as the safest haven and such episodes have seen a similar flight to the dollar in previous such episodes as well., High net worth individuals, businesses and retail savers all made a dash to protect themselves and their wealth from what increasingly seemed like a period of protracted currency depreciation.

For a large part, even the stability of the dollar between December 10 to 29 was because of the intervention of the state bank in the interbank market. The open market was another story completely. On Dec 29, when the dollar finally broke and fell back down to 177, it almost seemed as if the threat issued by finance minister Shaukat Tarin a few weeks earlier about investing heavily in the forex markets was finally being delivered upon.

In televised interviews given when the dollar had risen to and crossed Rs 178, Tarin was very vocal in describing this as the handiwork of speculators and went so far as to blame banks for a specific part of the speculation. He issued a dire warning to all those speculating that they would be forced to take a heavy hit. For 20 days, the markets ignored this admonition and the dollar hovered with great tranquility around Rs 178.2, but on NYE this tranquility broke and the dollar began to fall again.

It is important to bear in mind that shouting down the dollar is no way to achieve exchange rate stability. Such tactics can achieve short term results but the underlying driver of exchange rates remains economic and political uncertainty. Until this is cleared up, it seems that the authorities – both the government and the central bank –  will find themselves in an endless cat and mouse game.