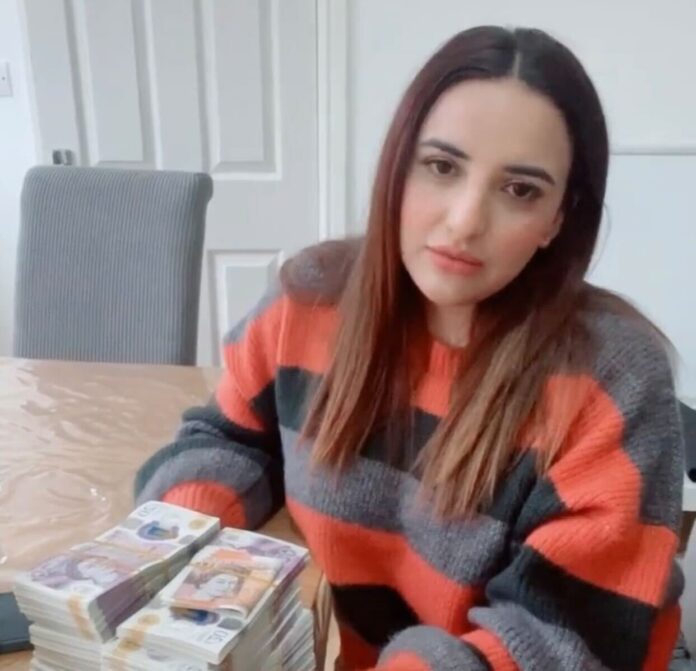 The Federal Board of Revenue (FBR) has started an inquiry into Hareem Shah’s tax affairs.

The I&I, IR of FBR has initiated an inquiry into tax affairs on the basis of credible information.

“Now therefore, to examine you on oath and to record your statement on the basis of facts narrated above, you, Fizza Hussain are required under clause (b) of sub sector (1) of section 176 of the income tax ordinance, 2001 to appear in person before the deputy director on February 17, 2022.”

“In case of failure to comply with this notice, this office will be constrained to enforce your attendance under the powers vested u/s 176(4) of the income tax ordinance, 2001 read with section 32 of the code of the Civil Procedure, 1908 which is reproduced as under:  The Court may compel the attendance of any person to whom a summon has been issued for that purpose may issue a warrant for his/her arrest…”

“In addition, non-compliance to this summon may make you liable to prosecution u/s 191 read with section 199 of the Income Tax Ordinance, 2001 and further proceedings may be initiated under Anti-money Laundering Act, 2010 on apparent predicate offense (s) committed by you,” read a statement issued by FBR.

It is pertinent to note that the Sindh High Court has barred the Federal Investigation Agency (FIA) from taking action against Hareem Shah in a money laundering case.

Earlier, FIA had asked the State Bank of Pakistan (SBP) to freeze all bank accounts held by Hareem and launched action against her social media accounts with the help of the Ministry of Science and Technology and Pakistan Telecommunication Authority (PTA).