The last days of Governor Baqir 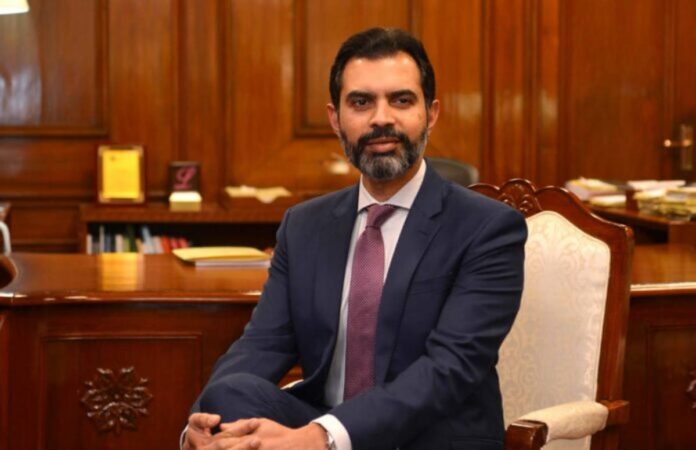 “His term is about to end and we will not retain him,” said Khawaja Muhammad Asif while speaking about Dr Reza Baqir’s term as governor State Bank of Pakistan, expected to end in early May. This was said while Dr Baqir was already in Washington in talks with the International Monetary Fund (IMF) waiting to be joined by Miftah Ismail, newly appointed Finance Minister.

The talk and negotiations with the IMF focuses on proposals for the next budget. If successful, Pakistan will receive a $1 billion installment from the IMF.

While it was a known fact that Baqir’s term was coming to an end, had the Imran Khan government not been ousted, there were strong chances for him to be given an extension or in other words for him to continue as governor for another term.

However, with a new government coming in, there were rumors afloat on Shehbaz Sharif not being keen on keeping him as governor SBP even though Miftah Ismail thought he should continue. There has been no public statement by the both of them on this.

The delegation from Pakistan could have faced a hurdle in the form of the IMF saying it would continue negotiations once a new governor comes in. Moreover, Asif’s statement further undermines Pakistan’s negotiating power by going live on television and saying that the law giving autonomy to the SBP will definetly be reversed. Need you be reminded that the IMF has heavily stressed on an autonomous central bank, making it imperative for its program.

The timing becomes even worse considering the mass subsidies given out by the previous administration despite agreeing to austerity measures in compliance with the IMF program.

While one can debate on whether or not the governor should stay, the length of the tenure, etc; one cannot ignore the carelessness of Asif’s statement. The statement basically makes Pakistan’s position weak in front of the IMF yet again. Previously, the IMF issued a statement saying “Once a new government is formed, we will enquire about intentions vis-a-vis programme engagement.”

This essentially takes away all negotiation power away from Baqir and the Pakistan delegation. It also does not send out the right message.

What does this really mean?

In the past when the Central Bank wasn’t legally autonomous, it mattered who led the central bank, especially if you were in government.

Let’s flash back to 2017, when Tariq Bajwa was appointed as governor. The move was questioned considering the timing. The rupee had plunged 3.1% against the dollar earlier that week, which did not sit well with Ishaq Dar, the finance minister of the time, who believed in a heavily managed exchange rate. While Tariq Bajwa was appointed as a replacement for acting governor Riaz Riazuddin, it is important to note that the reason for the immediate change was because the finance ministry felt the need to be able to call shots at the SBP.

The SBP, like any other central bank, however needs to be autonomous for the greater good of the nation’s economic policies. This prevents it from being clouded by political interference, pressure, and populist moves.

The decision to not continue with Baqir proves to be a strong signal. It shows that the government will try to move towards a fixed exchange rate, as opposed to the current scenario where the SBP intervenes when it deems absolutely necessary.

Baqir has been a strong proponent of a market determined exchange rate and has often been found thanking the government for being on board with the decision to let the rupee depreciate. He is also often found saying that if the rupee could withstand a major shock like covid, it can withstand other economic challenges as and when they come.

Considering the fact that he has been vocal, (arguably more vocal and media present than his predecessors, but more on that later), it is unlikely he would change his stance with a change in government. Keeping that in mind, the best option for the new government is to have a governor that is seen to be more compliant to their form of economics, commonly known as Daronomics.

While Asif’s statement may be seen as Baqir’s farewell, he may still be in the running to continue as governor if the IMF negotiations go better than planned. In Baqir’s case, if asked to continue and fall down the Daronomics rabit hole, it would be a stain on his career and performance as a central banker, especially considering his commendable performance so far

The signaling also proves to show some issues within the political structure of PMLN and their form of governance. Asif, being the Defence Minister speaking about decisions related to the SBP and governor on TV also suggests that despite Miftah Ismail being at the forefront of the ministry, he may also have to bow to old party politics. Dar and Asif being elected members take more power in the party than Ismail, and also belong to the same clan as the leaders – Punjabi. Ismail, a Karachi based businessman, who happens to be from the Memon community, despite being equipped and competent for the job, has the challenge of breaking the glass ceiling.

Baqir is the 20th appointed governor of the SBP. The longest serving governor was Aftab Ghulam Nabi Kazi who served the SBP for 7 years and 359 days while Zia ul Haq was president. The shortest stint as governor is by Shahkrullah Durrani, father of first lady Tehmina Durrani. He served as governor for 174 days in 1971.

Earlier in 2014, the SBP carried out research on the impact of short tenures of central bank governors, titled “Monetary Policy Framework in SAARC Region”. Research suggested that inflation persists in developing countries as a result. The study also unveils that short lived governorship reflects adversely on the regulator’s independence vis-à-vis the governments that are prone to take politically motivated decisions.

“A negative correlation exists between inflation and governor‘s average term in office, particularly for developing countries,” observe SBP researchers citing a study conducted under the head of Cukierman and Webb in 1995. It is important to note that the Cuikerman and Webb study, which has been updated over time, reports correlation and this does not imply causation.

The study finds Pakistan, along with Bhutan in the SAARC region, as a country having the “shortest” three-year tenure for a central bank’s governor. This period, the study adds, also is “shorter” than Pakistan’s five-year election cycle. The President of Pakistan appoints the SBP governor for a three-year term, subject to a 65-year age limit.

Should it be time for the governor to pack up and leave?

A term of three years is far too less for any central banker. It takes time to understand issues from a regulatory perspective, to plan projects, initiatives and changes. It takes even more time to implement. Three years is not enough to implement projects left behind by previous governors and also see through the completion of new ones.

Nor is three years enough to provide stability in terms of macroeconomic handling of the economy. This is especially important for a country as politically volatile as Pakistan.

If asked whether Baqir should be given an extension, my opinion is he should consider, especially to continue with the momentum of change that is witnessed at the SBP. Seldom does someone young and energetic get to a position of calling the shots. A change of air in the SBP, where the governor is more human and communicative, has resulted in the SBP being more receptive to feedback and more granular with its solutions. That is a rare find and the need of the hour for a country like Pakistan plagued with uncertainty, inconsistent policies, low financial inclusion, and widespread undocumented transactions.

However he should only continue if you can continue as an autonomous governor, to protect his reputation.

Lastly, while Baqir has accumulated a number of fans, large enough for him to get support to come in as a technocrat, it is important to note that the institution and its policies are bigger than the person. The SBP is more than a governor and consistent policy is what the nation needs, even if it’s by a new face.