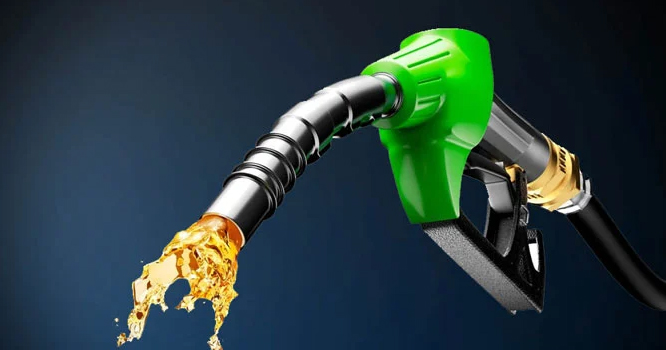 The federal government has formulated a new plan worth Rs300 billion to solve the issue of prices of petroleum products (POL) and declared that provinces should share as the centre is unable to bear the whole burden for maintaining POL prices at the current level.

According to sources, the new plan worth Rs300 billion to maintain the POL prices at the same level till June 2022 was discussed in London during a meeting of the ruling Pakistan Muslim League Nawaz (PML-N) leadership. They said that a plan to offer targeted subsidy to motorcyclists is also devised. The government is expected to convince the International Monetary Fund (IMF) to allow it to maintain the prices of POL products at the current level. Massive hike in the prices of POL products has caused additional burden on the national exchequer and the new government is worried in this regard, said sources.

They added that now it has become very difficult for the incumbent government to clear the PDC (Price Differential Claims) of the oil industry by getting more loans from the market.

“The government has planned to cut the funds of provinces through National Finance Commission (NFC) award and Public Sector Development Funds as well,” said sources.

The sources also said that Price Differential Claims (PDC) of the oil industry (Oil Marketing Companies & refineries) has increased from Rs102 billion to Rs130 billion owing to maintaining the prices at the same level for the month of May, 2022. They said that the PDC on diesel has increased to Rs41 per litre on petrol and on high speed diesel (HSD) it has surged to Rs85 per litre.

It is relevant to note that the Oil Companies Advisory Council (OCAC) has asked the Petroleum Division to remove the subsidy on prices of petroleum products and if it has become not possible for the government then the government should clear PDC of the oil industry on a weekly basis instead of monthly basis. The OCAC said that the exorbitant increase in PDC has severely impacted the oil marketing and refining sector’s cash flows and its ability to meet critical financial/working capital obligations.