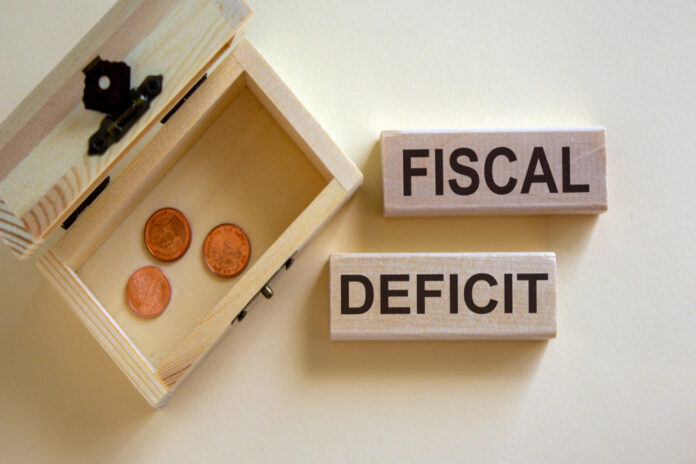 The country’s fiscal deficit was recorded at 3.8 per cent of the Gross Domestic Product (GDP) during the first three quarters of the current fiscal year compared to the 3 percent deficit recorded during the corresponding period of last year.

The increase in deficit has been observed on account of the higher expenditures due to the rise in subsidies and grants. It is expected that the expenditure side would come under further pressure in the remaining months of the current fiscal year.

Similarly, the primary balance posted a deficit of Rs447.2 billion against the surplus of
Rs451.8 billion during the period under review.

Meanwhile, on the revenue side, tax collection has been currently showing a remarkable performance by posting a growth of 29 percent during the first ten months of the current fiscal year.

The first ten months’ data shows that the revenue collection has surpassed the target by Rs237 billion. This is despite tax relief measures which have impacted revenue collection by approximately Rs73 billion just in the month of April 2022. Total revenues grew by 17.7 percent in July-March (FY-2022) against the growth of 6.5 percent recorded in the same period of last year.

Higher growth in revenues has been achieved on the back of the significant rise in tax collection, the outlooks says adding, total tax collection (federal & provincial) increased by 28.1 percent whereas non-tax collection declined by 14.3 percent during the period under review.

FBR has taken various policy and administrative measures which paid off in terms of improved tax collection during the current fiscal year. It is expected that with the current growth momentum, FBR would be able to achieve its target during FY 2022. Total expenditure witnessed a sharp rise of 27.0 percent during Jul-Marc FY2022 against a 4.2 percent rise in the same period of last year.

Higher growth in total expenditure during the period has been observed on account of 21.2 percent growth in current spending and 54.6 percent increase in development expenditures.

The government is taking all possible measure to counter the downside risks associated with the economy, which currently has been facing challenges to sustain growth it had achieved during the fiscal year 2021-22, says Monthly Economic Update and Outlook,
May 2022 released here.

“Although the economy of Pakistan has achieved GDP growth of 5.97 percent in FY2022, but the fiscal situation and external sector performance are making it difficult to sustain and impacting the growth outlook in coming year,” noted the report.

It says, the International commodity prices were on rising trend and expected to increase further, adding the pass-through of the increase in global commodity prices was somewhat contained due to government measures. Even then it is expected that Consumer Price Index (CPI) inflation will remain in double digit in May 2022.