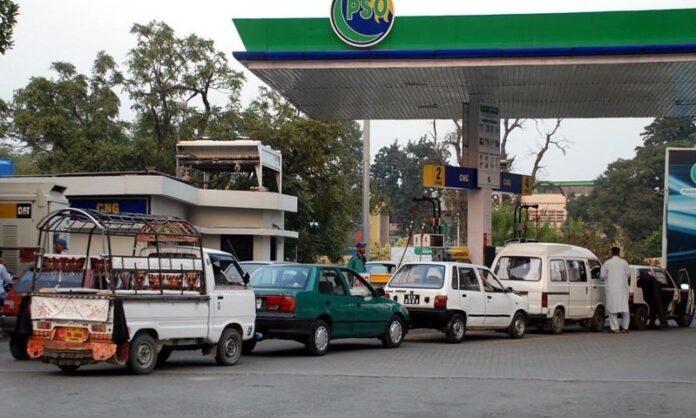 Oil Marketing Companies and petroleum dealers have demanded from the government to fix six percent margin to avoid disturbance in the oil supply chain and in case otherwise they would go on strike from July 1, 2022.

Warning the government to avoid chaos in the fuel supply chain of the country, Chairman Petroleum Dealers Association Abdul Sami Khan has declared that if the government will not fulfil the promise of fixing six percent margin on the sale of petroleum products from 1st July then they will go on strike in the country. He said the government has made assurance that their margin will be fixed at six percent. However, no progress has been made in this regard. He said that the Petroleum Minister has so far not given time for a meeting despite repeated efforts. He said the oil industry has been facing serious problems in bringing oil to the country while the concerned minister is not paying heed to their demands. We will be forced to go on strike in the country if our demands are not met during the months of June, said Abdul Sami while talking to Profit.

The Oil Marketing Companies (OMCs), in a SOS appeal for fair adjustment of margins for OMCs based on increase in fuel prices, said that due to unrestrained growth in inflation, the OMCs are facing a catastrophic condition and finding it strenuous to execute routine operations. The increase in operating costs by more than 50 percent along with 100pc increase in the cost of product in the last six months alone has crucially added to the pressure, said OMCs.

It added that currently, the margin of OMCs is really thin Rs3.68 per liter and in no way covers the drastic increase in logistic cost, financing costs, operating cost, electricity tariff, labour cost, maintenance costs and other necessary costs of OMCs which resultantly make it impossible to operate on these margins.

According to OMCs, another important factor causing havoc in turnover tax on OMCs which currently stands at 0.5%. It should be revised down or should be applied to OMC margin rather than turnover in view of the thin margin earned by the industry. At the current prices of petrol and HSD (high speed diesel) 50% of margin is taken by the Federal Board of Revenue (FBR) as turnover tax. It is worth mentioning that the Price Differential Claim PDC) process is already denting our working capital and we are finding it really very hard to make both ends meet.

“Despite all the above facts OMCs are regularly importing products and running their fuel stations with a severe cashflow crunch,” said OMCs, adding,” If left unattended, the supply chain of the country could be impacted since this position is untenable and cannot go on for much longer.”

Requesting the Prime Minister, the Ministry of Energy (Petroleum Division) and the Finance Ministry to investigate the severity of matter, OMCs has asked to grant instant relief by reasonable increase in the OMCs margin and revising turnover tax and throw a lifeline to the petroleum industry of Pakistan

OMCs further said that it is an established fact that OMCs play a vital & pivotal role being the backbone of the country’s economy. And, in this time of utter hardship, OMCs are working restlessly to provide fuel to every corner of the country to keep the wheel moving hence ensuring  24/7 efforts to energize every sector for smooth operations & growth.