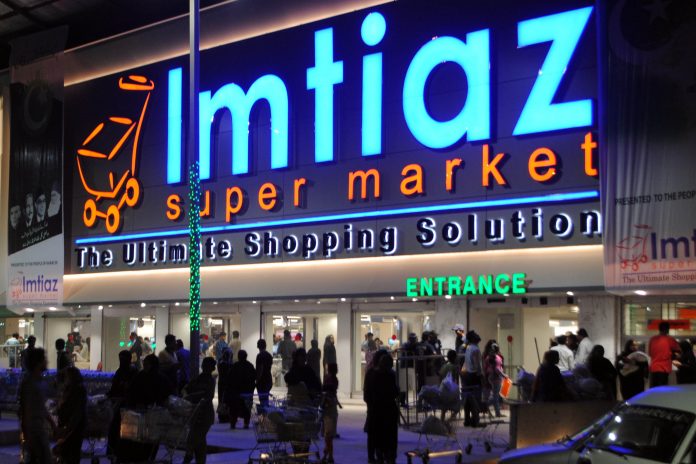 Imtiaz Super Market (ISM), the Karachi-based chain of grocery stores, is opening its first outlet in Gujranwala on Sunday, Sept., 25, sources with direct knowledge of the development confirmed this to Profit.

Located at King’s Mall, Wapda Town Chowk, Bypass Road, Gujranwala, this is ISM’s first outlet in the Punjab and part of the company’s nation-wide expansion plan: the local retail giant, which has already conquered Karachi’s retail market, is now looking to tap into what forms the country’s largest province based on population.

The company refused to comment saying its top management was out of town – perhaps, in Gujranwala for the grand opening of the aforesaid outlet. However, in a December-2015 interview with this scribe, the company’s owner Imtiaz Hussain had said he was planning to open three more stores in Karachi and one each in Gujranwala, Faisalabad, Multan, Sialkot, Hyderabad and Lahore.

“All these stores will either be operational or enter the final stages of completion by the end of next year [2016],” Hussain had said at that time – since then ISM has opened one store in Karachi’s Gulshan e Iqbal area.

According to the sales data compiled by large consumer goods companies, such as Unilever, P&G, Nestle and Engro Foods, ISM has about 20% share in every category of Fast Moving Consumer Goods (FMCGs) in Karachi.

Being a private company, ISM doesn’t disclose financial details but market sources say it is Karachi’s largest grocery chain based on volumes and accounts for one-fifth of the city’s retail segment.

According to the sales data compiled by large consumer goods companies, such as Unilever, P&G, Nestle and Engro Foods, ISM has about 20% share in every category of Fast Moving Consumer Goods (FMCGs) in Karachi, an official said on the condition he would not be quoted.

Industry experts say on a per-square-foot basis — a popular benchmark to measure retail business’s financial strength — ISM makes more money than any other supermarket in the country. After the opening of its Gulshan e Iqbal branch, the company’s earnings are estimated at more than Rs400,000 per square foot.

Starting as a small grocery store 30 years ago, this local chain of supermarkets has been thriving on the back of a retail boom, using a simple strategy: ‘piling high and selling low’.

Pakistan’s retail sector has been going through a boom because of increased spending by a growing middle class, which is about one-third of its population (200 million). The country’s retail market has more than doubled during the last decade. Planet Retail, a global retail-forecasting firm, estimates the size of Pakistan’s retail market at $152 billion, up 253 percent from $43 billion, a 2006 estimate by Small and Medium Enterprises Development Authority.

During the last decade, international players, such as Metro Cash and Carry, a German wholesale giant and Hyperstar, a subsidiary of UAE’s Majid Al Futtaim Group and retail franchise of France’s Carrefour also entered the market.

However, the strong presence of international competition was hardly any deterrence to the growth of this local brand. ISM presently employs more than 3,000 people and serves 70,000 customers a day at its five branches in Karachi – the brand’s strength can be judged from the fact that it has 700,000 home delivery customers.

ISM’s success over the years has made it a good case study for business school students aspiring to enter the retail sector and also brought it on investors’ radar.

“ISM is out to kill the competition,” an official said referring to its business strategy. They simply unleash the supply chain and play around their strong buying margin, he said. Explaining the official said ISM buys merchandise at 2% to 3% lower margin and even sells it at 5% to 7% lower margin compared to other retailers, giving it an aggregate advantage of up to 10% which is tough to compete.

“I call it wholesale within retail,” Hussain says of his strategy but refrains from sharing specific details, which are his business secret. He doesn’t even disclose the mode of financing for the company’s expansion. However, market sources say it resorts to inventory financing and gets private investors to fund its expansion.

With ISM entering the Punjab, where purchasing power is higher compared to other provinces, the retail sector is likely to see more competition, say market sources who believe the local retail giant can become Pakistan’s Wal-Mart if it continues to receive the response it did so far.