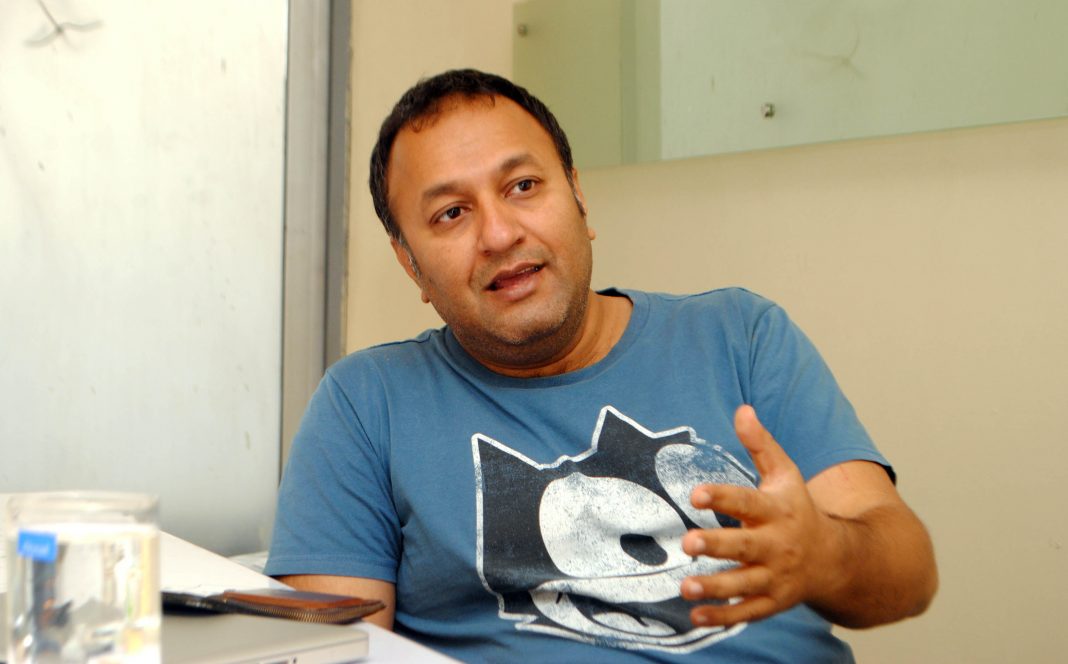 In fashion, what works and what doesn’t has for long been the subject of many debates. But lately, how fashion works, especially in the digital age, has been the topic of much interest. According to a report for 2014, the fashion industry worldwide attracted 28.1 million fans on Facebook pages – the highest number among top five categories which include telecom, e-commerce, beauty, and electronics.

The trend also holds true for Pakistan, or at least for Ego – a contemporary clothing brand whose online store generates higher sales than any of its top three outlets: the Dolmen City Clifton (Karachi), Dolmen Mall Tariq Road (Karachi), and Centaurus Mall (Islamabad).

Ego, which deals in women wear, owns 17 outlets across Pakistan and two in Dubai. But the success of its online store can largely be accredited to the presence of 4.7 million Pakistani women on Facebook, where Ego has a fan following of 1.4 million – one of the largest among fashion brands in Pakistan.

This surge in fashion savvies has undoubtedly benefited Ego for it is composed of the company’s target market – young and modern women who are a major part of the online population worldwide. So much so that it has intrigued Ego to set up its mobile app – the first of its kind by a fashion brand in Pakistan.

“I wear Ego because it’s stylish. It lets you embrace latest trends with a hint of eastern touch,” says Misbah Imad, a 22-year-old Facebook user and buyer of Ego’s products. Imad is one of the many young women across Pakistan who opt Ego for its unique cuts, funky prints, and distinctive designs, even if they are disapproved by their grannies.

And apparently, that is what works.

“If the grandmother hates it and the daughter loves it, you got it right,” owner of Ego, Adil Moosajee shares his brand’s motto, chuckling as he does so. In a conversation with Profit, the ever-so-casual Moosajee, decked in a pair of jeans, a blue t-shirt coupled with flip flops, recounts his “mazeydaar” clothing ventures that have led him to his own successful venture.

After returning from the U.S in 1996, he was expected to join his family’s iconic store – Moosajees, a famous garment business located in the heart of Saddar. But the then 24-year-old Moosajee had some other plans. It took him ten years to finally conceive what later would become his own identity in the clothing industry – Ego.

In 2006, the year it launched, Ego’s only outlet at Zamzama looked quite different from the chain of stores it owns now. With a clothing line for men, a western clothing range and formal wear for women, Moosajee says the brand offered more than it should have, all of which was cut down to women prêt wear within a year and a half after he identified his target market.

“I thought I knew what I was doing, but until I set it up I didn’t really know whether it was too big, too small or the right size” he says. “We eliminated men’s and western wear and started concentrating on a very small prêt kurti line for women, and until now that is our forte,” says Moosajee regarding the product that today generates 80% to 90% of Ego’s revenues.

After opting for prêt wear, Ego stumbled a little before it finally set itself in the right direction. Recalling the old days, Moosajee says it was nothing short of an interesting journey towards discovering what really worked. The urban-desi combo he wanted to introduce in Pakistani fashion was “worth hanging on the wall”, but the women who loved it didn’t dare to wear a bird printed on their shirts, or for that matter a loose flowy outfit in a simpler cut.

However, it was only a matter of when, and not why for Ego to find that particular kind who wouldn’t mind wearing a kurti with a bird printed on it.

To date, Ego has opened outlets all across Pakistan, including in cities like Faisalabad, Gujranwala and Multan, where the presence of an urban brand might surprise the market itself. However, according to Moosajee, marketing works different compared to the past, and today he is able to find Ego’s clientele everywhere.

“Ego caters to a certain clientele, and that can be anywhere in Lahore, Karachi, Rawalpindi, Mumbai, Delhi, New York, California. They work, act, talk exactly the same way. What I sell here or in Rawalpindi, Lahore or what I sell in Dubai is nothing different. I find the same packets or pockets of people everywhere.”

Although the market that once lacked variety in prêt clothing drastically changed over time and a lot of new brands have, over the years, jumped in to claim their share of the ‘pie’, Ego still holds the tag of being the first in many things.

“I think that we were extremely daring in what we were doing. We were the first in doing separates – separate kurti and pants. We also renamed dupattas and scarves as wraps,” says Moosajee about their willingness to experiment. “The concept of just buying kurtis or pants and mixing matching them was something that we were the first to get into. Even placement of motifs, one motif on the back, another on the sleeves, there was nothing like that when we came in.”

After catering to a huge clientele in prêt wear for over nine years, last summer Ego ventured into shoes, accessories, and unstitched clothing collection, and the response has been phenomenal, according to Moosajee. “I think there’s limited choice for the woman who wants unstitched clothes tailored to her own style. Most stores are giving you extremely flashy, super colourful, extremely elaborate prints, like the whole jungle is on that one shirt. I really feel it’s difficult to find a simpler unstitched print or embroidery, something that’s subtle, mature and tasteful, and I want to fulfil that need,” he says while explaining the idea behind his unstitched collection.

As for his achievements, Ego tops the chart for being his own endeavour. However, it isn’t the only venture Moosajee has stepped into. He has more or less worked on ten different projects, which according to him served their purpose well. “I like to take pride in bringing ideas and teams together to execute those ideas.” Sipping his tea, Moosajee talks about his journey with a tinge of satisfaction. “After Ego I initially started up the Raintree Spa, set up training company for HBL called Packaging You, and The East End restaurant, which is a very high-end cuisine experience.”

“What I enjoy most and what you might call success is picking up an extremely challenging idea and making it work.” Moosajee believes that while most of his competitors hail from textile-mill backgrounds with huge investments and deep pockets, he is the only one who comes from a modest investing background and with no deep pockets. “So I would consider Ego my success. I have a lot of fun doing it and saying that, ‘Oh! They are doing something I cannot, so what can I do? How would I make this work?’ We ask ourselves this question everyday and make it work.”

Other than starting his own projects, Adil Moosajee also mentors the new breed of entrepreneurs who he believes need things that cannot be taught: confidence and grit, to hold onto their dreams.

“There is no right formula. It cannot be taught or learnt. It comes from within; it has to be your own decision. You have to say, ‘No! This is my quest and I can do it!’ Have that grit to be able to go through difficulties and challenges, even if nothing happens and nobody joins, you have to be able to say I’ll still do this. It is still going to happen,” says Moosajee about the passion that has helped him come this far.