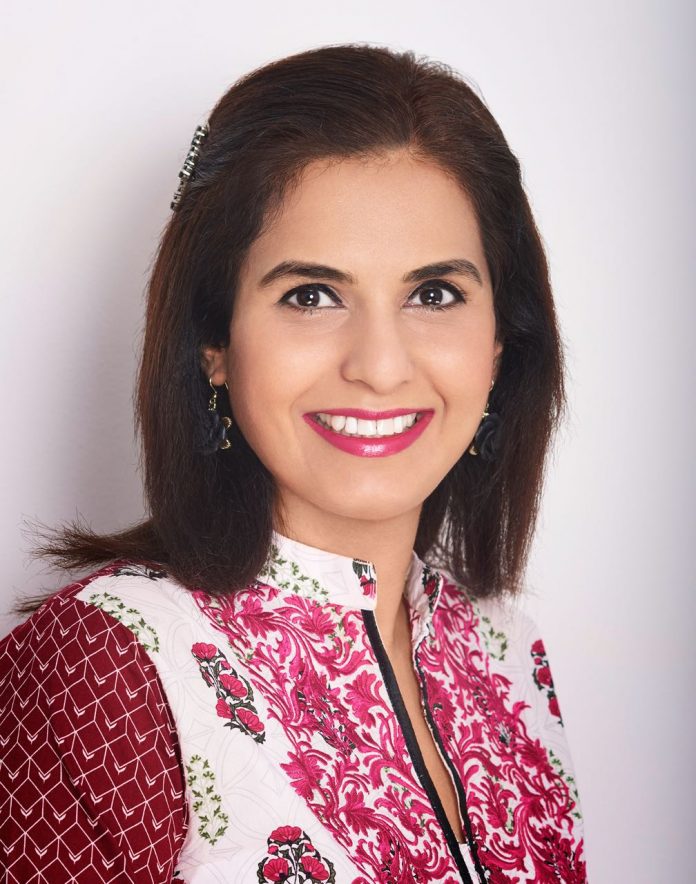 While all the other little girls played with Barbies and doll houses, this peculiar one dreamt of the stars and the galaxy and her idol was Valentina Tereshkova, the first female astronaut. She was a day-dreamer and a night-time thinker, with a burning desire to reach the stars. So our short and stout little lady went ahead and enrolled herself into the Mechanical Engineering Department of the University of Engineering and Technology Lahore, to much horror and surprise of her doting and over-protective parents. Mechanical engineering was not a lady’s job, and definitely not for this little lady who loved her nail polish! Her only strength was her grandfather, Abaji, who always believed in her and supported her in all her endeavours. Abaji would always tell her that one day she would make him proud and win the Nobel Prize like Dr. Abdus-Salam. She did not win the Noble Prize, but she did top the University, which meant nothing less than holding both the sun and the moon in her palms.

Abaji did not live long enough to see her graduate, but she still pursued her dream of reaching the stars, when an essay on her idol, Valentina Tereshkova, landed her a job at one of the most prestigious oil-gas companies of the world. She was all set to go to France for her training when she found out that life had chosen a different path for her. Not much later she was engaged to be married to an eligible young man and had accepted a job at a great company. Life changed; she was now a married, young, working woman, multi-tasking with taking care of her domestic responsibilities and working full-time at a job she loved. She was often over-worked and under-slept, but she couldn’t have been any happier.

The arrival of a little bundle of joy changed her life again, and she was over the moon when her company allowed her to bring the baby along to work. Both mama and baby got ready every morning to go to work and it was all fun and games until she was assigned a six-week project where she had to stay odd hours at work. Grandmas came into action and the baby was in tender, loving care of, not one, but two grannies! Life sailed smoothly until her husband got a job in a far-away land and she had to bid farewell to, not only her loving family and support system, but also to her dream of chasing the stars. There was no support system that could take care of the baby while she worked, and she could not bear to leave the apple of her eye to the care of nannies. Instead, she decided to quit and become a full-time mom. There were no regrets, but just a thorn in her heart, sometimes, when she thought of her dreams, but she would never, ever put her dreams in the way of being there for her kids.

Now the kids are all grown up and independent, so she decides to try her luck in the corporate world again. Very excitedly she puts herself out there and started talking to people she knew and applying – left, right and center! She was confident that she was smart and educated, and had a solid working base, so getting back to work would be a piece of cake, but to her dismay, the response she mostly got was no response at all. No-one took the middle-aged, out-of-job-for-a-decade woman seriously, including close friends and family. She didn’t give up, she tried harder until she started getting noticed, and started getting calls, but they weren’t interview calls. People were curious about why a woman in hibernation for a decade would suddenly be looking for a job in the field? Why couldn’t she just stay at home and bake cookies like all the other moms? Why didn’t she become a teacher or a fashion designer if she felt bored? Oh! She must be having problems with her husband! Nailed it! That must be the only reason a married woman wants to come back to work. No-one was willing to give her a chance to start over, but a few had other ideas of “helping” our not-so-young-anymore lady.

Then she looks around and sees other moms who have either chosen their dreams or their kids. Why should there be a choice? Why should a woman have to choose between her dreams and her kids? In my eyes, there is never a choice and kids’ wellbeing cannot be compromised for anything at all. Then again, what are we teaching our kids; that it’s okay to give up on your dreams?

Five years ago my ten-year-old son came and said to me, “Mama, I wish you were still a Mechanical Engineer so that I could brag to my friends, but you’re just a normal mom!” That was the first time it hit hard and got me thinking that I wasn’t me – that I was someone else. Someone who got buried in the sands of time and responsibilities. Someone who was a misfit, because she belonged amongst machines, not by the stove!

It was time to take that person out from down-under, but the question was, “How?”