NA committee to not approve lease of PSM without further details 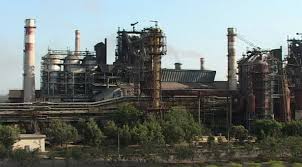 The National Assembly’s Standing Committee on Industries and Production has said it will not approve the Privatisation Commission Board’s proposal to lease out Pakistan Steel Mills (PSM) for 30 years until it receives further details on the issue.

In an official letter addressed to Minister of State for Privatisation Mohammad Zubair, who headed the commission, Committee Chairman Asad Umar said that a final decision on “the proposed leasing could only be given once the lease structure and attendant modalities are shared with the committee”.

It further stated that the committee agreed with the commission’s suggestion to develop a “restructuring plan to revive the PSM”.

The board had agreed on Jan 17 to a proposal to lease out PSM for 30 years under a revenue sharing agreement.

According to reports, the future investor, the federal government and PSM would be parties to the revenue-sharing agreement.

The board had approved the transaction structure for the proposed lease agreement and decided against selling off any of PSM’s assets. PSM’s land will remain with the government while the plant and machinery will be handed over to the new company for a maximum of 30 years, a press release said.

The board had also deliberated incentives for the investing party, recommending a five-year tax holiday as well as the waiver of customs duty on the import of machinery.

All liabilities, however, should lie with the federal government, it said.

ISLAMABAD: Cement sales continued to increase during February, although its exports couldn't rebound due to weakening competitiveness in the international market. According to the data...
Read more
- Advertisement -