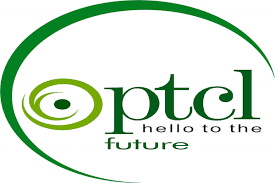 Pakistan Telecommunication Company Limited (PTCL), the ICT services provider, has announced consolidated revenues of Rs117 billion for the year ended on December 31st, 2016, the company revealed in a notice to Pakistan Stock Exchange.

“The result was in line with market expectations,” said Zeeshan Afzal, Head of Research at Insight Securities.

He added that Voluntary Separation Scheme (VSS) offered by the company during late last year put a dent on the bottom-line of the company. However, it is expected to be a one-time loss and the company can bounce back in the next quarter.

The Telecommunication giant’s consolidated sales and gross profit remained flat for the fourth quarter of 2016, primarily on the back of lower revenues from PTC on stand-alone basis (down 3% year on year). On the other hand, mobile segment supported profit.

Administrative expenses saw a decline of 5% from last year’s Rs18.2 billion to Rs17.2 billion this year. This, along with a growth of 78% (year on year) in other income, supported the bottom line. Meanwhile, the company showed a tax reversal for the period amounting to Rs1.3 billion.

“We believe, tax reversal is due to losses incurred by PTC’s subsidiary (Ufone) over the years,” stated a report by Topline Securities.

Recently the company incurred losses because of fibre cuts. The investigative committee was also made for further investigation of the matter.