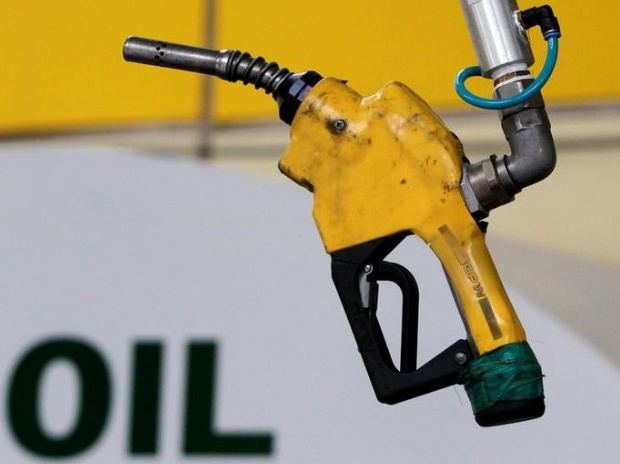 Saudi Arabia wants crude oil prices to rise to around $60 a barrel this year, five sources from OPEC countries and the oil industry said.

This is the level the OPEC heavyweight and its Gulf allies – the United Arab Emirates, Kuwait and Qatar – believe would encourage investment in new fields but not lead to a jump in U.S. shale output, the sources said.

The Organization of the Petroleum Exporting Countries, Russia and other producers pledged last year to cut production by about 1.8 million barrels per day (bpd) from Jan. 1. The first cut in eight years is intended to boost prices and get rid of a supply glut.

Crude prices LCOc1 have risen by more than 14 percent since the November pact but are still only trading around $56 a barrel despite record compliance by OPEC and non-OPEC members.

OPEC officials have repeatedly said the group does not target a specific oil price and their focus is on drawing global oil inventories and helping the market to re-balance.

But behind closed doors, Riyadh and its Gulf OPEC allies hope to see a higher level because the low price has pressured their finances and stoked fears of a future supply shortage.

However, they do not want the price to be so high that it encourages rival U.S. shale producers, which were hard hit by the slump in oil prices, to ramp up production again. Advances in technology have made it easier for them to adapt quickly to oil price fluctuations.

“They (the Saudis) want to see oil prices at $60 towards the end of this year. It’s good for (oil) investments,” said a Gulf oil industry source familiar with the matter.

Another non-Gulf industry source said “OPEC and particularly the Saudis want higher prices” not just for investment but also as Riyadh as it seeks to offload a stake in state-owned oil giant Saudi Aramco‎.

Over $1 trillion worth of oil projects have been cancelled or delayed since mid-2014. A decline in investments in future oil projects triggered worries that this could lead to a supply shortage and spike in oil prices.

“In general, something around $60 this year is good. $60 will not encourage that big increase in shale,” said one OPEC source, adding that shale oil production is expected to grow by about 300,000 bpd this year.

U.S. shale producers started to grow production again when crude prices first topped $50 a barrel in May 2016 after a two-year price slump due to a global glut starting in mid-2014.

U.S. drillers have added more than 280 oil rigs since the end of May, and the U.S. Energy Information Administration (EIA) has forecast that U.S. domestic production will rise by 430,000 bpd between December 2016 and December 2017.

Despite the advances in technology, another OPEC source said that shale producers who survived the downturn may be cautious about responding quickly to a change in oil prices.

A third OPEC source said it was difficult to see oil prices rising to $60 or above this year due to a lingering oversupply.

That source also said that even if shale oil production rose by more than 300,000 bpd the market could absorb it if it comes during the cold winter season when demand peaks.

“The catch is the timing. If this happened, as it is widely projected, during the fourth quarter, the impact will be manageable and could be absorbed by the market,” the source said.

OPEC could extend its oil supply-reduction pact with non-members or even apply deeper cuts from July if global crude inventories fail to drop to a targeted level, OPEC sources have told Reuters.

The Gulf industry source said OPEC and non-OPEC members may extend the supply curb pact because a return to a pump-at-will oil policy would crash prices and destabilise markets again.

“If we go back to a race to raise production, then we haven’t achieved anything and prices will fall again,” the source said.