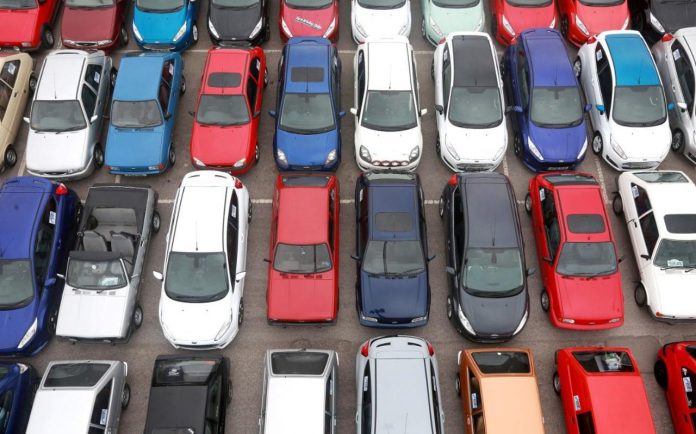 Total car sales of the local manufacturers and assemblers have touched 124,923 units, up by 2.6 per cent in the current fiscal year compared to 121,755 units sold in the same period last year, the data revealed by Pakistan Automotive Manufacturers Association (PAMA).

February 2017 car sales (including LCV’s and Jeeps) came at par with expectations, the analyst said. On a MoM basis, sales declined 6 per cent (5-Year Avg. contraction of 8 per cent MoM) due to the lesser number of working days.

The PSMC sold (only Car) 61,449 units in the last eight months, down by 9.7 per cent compared to 68,069 units sold in same period 2015-16. A major reason for this decline was the Taxi scheme of Punjab government, the analyst said.

Indus Motors (INDU) witnessed contraction during eight months 2016-17, due to operational issues. It sold only 35,501 units in last eight months, down by 6.7 per cent compared to 38,069 units sold in the same period last year.

Honda Car (HCAR) sales continued to depict a robust trend. Moreover, HCAR recently initiated bookings for newly launched BR-V. The analyst said that around 2,000 BR-Vs have been booked up till now.

Tractor manufacturers continued to witness buoyancy in sales, with off-take growing by 80 per cent in the last eight months 2016-17. He expects better off-take during the current fiscal year on the back of a lower retail price (reduced GST) and improving crop yield.  While the continuation of fertiliser subsidy will further support liquidity among farmers.

Truck sales of PAMA member companies in the last eight months of 2016-17 remained strong. Major increase was seen in the sales of GHNI, followed by Master Corporation and HINO. The analyst said this upbeat trend is to continue, fueled by increased demand under the CPEC and the improvement in law and order.

Volumes of two and three wheelers continued to post growth on the back of improvement of law and order situation while lower petrol prices in the country, further supported the volumes.