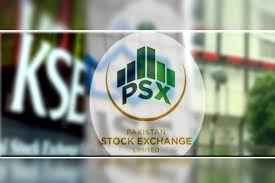 Pakistan Stock Exchange (PSX) suspended all trading terminals of M/s S Z Securities (Pvt) Ltd  (TRE certificate holders of PSX) of Lahore to protect the interest of the investors as it was found in some illegal trade, said a notice of the PSX here on Tuesday.

This is the fifth brokerage house whose trading license was suspended by PSX after MR Securities, AWJ Securities of Islamabad, MAM Securities and Stock Street securities (Pvt) Islamabad.

The PSX asked the investors to submit their claims with all necessary documents.

S Z Securities (Pvt) Limited was in this business for the last 22 years and was among the pioneers in setting up securities business in Pakistan.

S Z Securities (Pvt) Limited was a corporate member of the Lahore Stock Exchange (G) Limited. The company is principally engaged in the business of brokerage, underwriting buying and selling of stocks, shares, modaraba certificates etc.

In addition, the Federal Investigation Agency (FIA) has unearthed a billion rupees scam in PSX and arrested a front man of M/s Zafar Moti Securities and Adam Securities, while the PSX did not take any action against these securities till now.