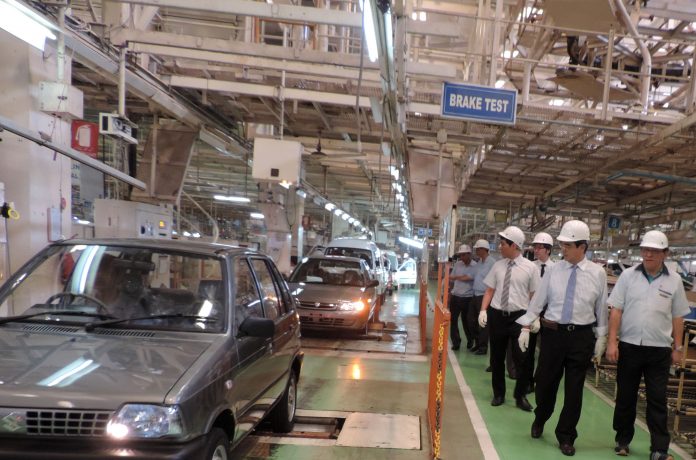 Pak Suzuki is awaiting a green signal from the government to kick start their project worth of millions of dollars, media sources have reported. The company plans to undertake an expansion project to increase the production of vehicles in Pakistan.

The total investment is estimated to be $460 million. $250 million out of this is likely to be in the form of foreign direct investment (FDI) while $210 million would be financed by Pak Suzuki.

Official sources have informed that the Standing Committee of Industries and Production and Federation of Pakistan Chamber of Commerce have appreciated the new project since it would generate 3000 direct employment and 315000 indirect jobs.

Moreover, Pakistan Association of Automotive Parts and Accessories Manufacturers also supported the plan and Pak Suzuki’s recommendation that incentive for two years would be allowed to existing car manufacturers on the condition if they are setting up Greenfield plants to produce new models.

FPCCI in a letter to Miftah Ismail, chairman board of investment has urged the government to approve the proposed plan and project that Pak Suzuki wishes to undertake in addition to granting  two years incentives for setting up a new green field or brown filed investment plan as it would definitely enhance the contribution to the national exchequer.