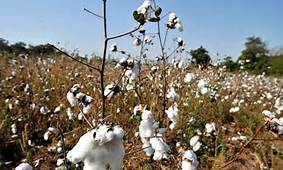 Cotton production for the year 2016-17 registered an increase in the total output of cotton rising by 10 pc to 10.7m bales, stated Cotton Ginners Forum.

During the next fiscal year, the Federal Cotton Committee set a target of 14.4m bales, which was termed unachievable by  Ahsanul Haq, chairman Cotton Ginners Forum.

Owing to acute water shortage in Punjab and Sindh, the target appears unachievable. Additionally, he stated that the Punjab government directed farmers to sow cotton beginning April 15, which compelled farmers to sow sunflower and Maize. However, after repeated recommendations, the date was revised to April 1, but the decision came late as farmers had already harvested several other minor crops.