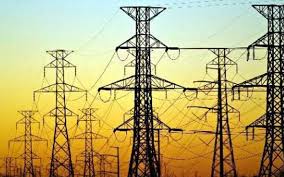 The National Electric Power Regulatory Authority (Nepra) is likely to impose a fine on distribution companies of ex-Wapda for delaying relief in fuel-based tariff to consumers for two months. The issue involving the case of Rs2.40 and Rs2.20 per unit cut in tariff will be taken up next week.

A Nepra official is reported to have stated that it was mandatory for Central Power Purchase Agency (CPPA) on behalf of the distribution companies to file a request for automatic fuel adjustment by the middle of every month to pass analysing the impact of fuel cost on consumers.

Last month, the regulator did not receive a timely report on fuel consumption in February to conduct a public hearing and the consumers were denied of their entitled refund last month. As a result of this, the refund for March became due and the regulator had to take up two monthly petitions together.

This translated into distribution companies gaining financially by holding back extra money collected from the consumers for the time which was utilised to maintain their cash flow requirements.

Under the prevalent practice, the distribution companies charge considerably higher fuel charge based on estimations to power consumers which requires adjustment against actual cost in the following month, with the approval of the power regulator. Delay in the submission of monthly adjustment request leads to the regulator imposing penalties under the tariff standards and procedure rules.

In its petition, the CPPA documented that a higher reference tariff of Rs7.26 per unit had been charged to consumers in February, but actual fuel cost turned out to be Rs4.86 per unit. Hence, a refund of Rs2.40 per unit to consumers was due.

Similarly, in another petition, the CPPA claimed charges of Rs8.1 per unit to consumers on account of fuel charges in March, but the actual fuel happened to be Rs5.9 per unit, necessitating a refund of Rs2.20 per unit to the consumers.

The contribution of hydropower production in February stood at 23.4pc which decreased to less than 17pc in March. The hydropower has nil fuel cost.

The power generation from furnace oil-based power plants amounted to 26.3pc in February incurring a cost of Rs9.4 per unit which increased to nearly 33pc in March due to decline in hydropower generation and the cost also escalated to Rs9.9 per unit in March.

Similarly, the natural gas-based generation was registered to be 28pc in February at a cost of Rs4.23 per unit and in March its contribution stood at 29pc with higher generation cost of Rs4.7 per unit.

Similarly, the generation from imported liquefied natural gas (LNG) stood at 8.43pc at a rate of Rs7.6 per unit in February compared 8pc contribution at almost the same rate in March.

The coal and diesel-based power generation contributed less than 1pc to the power supply in two months and their generation cost amounted to Rs4.5per unit and Rs15 per unit respectively.

The CPPA had sought Rs1.62 per unit cut in fuel cost in January, but the regulator had approved Rs3.23 per unit owing to inadmissible expenditure claimed by the power companies.

The reduction in actual generation cost was mainly attributable to declining global oil prices. Hydropower which has no fuel cost could not optimally contribute to the total generation due to water shortage and the gap was met through higher diesel and furnace oil based contribution, it has been reported.

The CPPA reported that the actual generation cost was lower hence extra payments made by the consumers need to be refunded through adjustment in the next billing month under automatic fuel pass through mechanism.